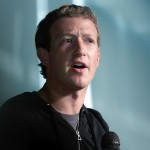 The Mark Zuckerberg-backed group that spent tens of millions on a failed bid for immigration reform is reigniting its efforts for the 2016 election.

Fwd.us is launching a multi-pronged campaign that could spend as much as $10 million over the next year on digital and TV ads, research and polling, according to plans first shared with POLITICO. The initiative includes an expansion of its ground operation into 12 states, focusing on presidential battlegrounds and targeted House seats held by Republicans.

The push comes as GOP front-runner Donald Trump has campaigned on mass deportations and building a wall across the U.S.-Mexico border. After the terrorist attacks in Paris, Trump called the Obama administration’s plan to allow Syrian refugees in the country “insane.” GOP 2016 hopefuls like Sen. Ted Cruz of Texas and Ben Carson have followed suit.

Fwd.us is looking to counter the anti-immigration reform rhetoric in the GOP primary and lay the groundwork for an overhaul of the country’s immigration laws in early 2017 once the next president takes office. Formed in 2013 by tech giants including Facebook’s Zuckerberg, Bill Gates, Reid Hoffman and Eric Schmidt, among others, the group accounted for 75 percent of all paid media spent in 2013 and 2014 to support immigration reform and had field operations in 29 states and 149 target House districts at the peak of the debate.

“It’s a good time to inform people of the stakes,” said Rob Jesmer, a veteran Republican political operative and campaign manager at Fwd.us. “There is a lot of focus on one candidate, frankly,” he added of Trump, “(but) there are several who are out of the mainstream. … From a policy situation if we nominate any of those people we are going to lose. No two ways about it.”

“If we have a pro-reform Democrat and Republican, then this is great news,” Jesmer said. “What the project looks like somewhat depends on who the candidate is.”

Initial polling by Fwd.us focuses squarely on pushing back against Trump’s plan for mass deportation.

Voters prefer a candidate who supports a pathway to citizenship over one who supports mass deportation, 74 percent to 18 percent, according to a survey conducted in October by Global Strategy Group that queried 600 likely general election voters in Colorado, Florida and Nevada. The poll also found that 55 percent of swing voters and 46 percent of voters who self-identified “not very conservative” oppose the “imposition of a U.S. police state.”

Fwd.us was one of the most active pro-immigration reform groups after the 2012 election. The group drew criticism from progressives after its subsidiaries ran ads touting Republican lawmakers’ support for the Keystone XL pipeline and positions on oil drilling in an attempt to give them political cover to back immigration reform.

A sweeping immigration bill passed the Senate in 2013 but stalled a year later in the Republican-controlled House.