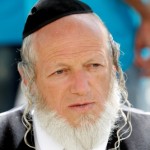 In response to a recent injunction by the Ethics Committee of the Israel Medical Association (IMA) to treat patients at the scenes of terror attacks on the basis of the most pressing medical needs without regarding whether the patient is a victim or perpetrator of the attack, ZAKA chairman and founder Yehudah Meshi-Zahav stated unequivocally that his first-responder organization will always treat victims before terrorists.

The IMA issued the directive on Monday, drastically changing the existing triage guidelines laid out for medical and emergency personnel at scenes of medical emergencies. Until now, patients were not prioritized solely on the basis of their injuries but also according to the principle that “charity begins at home”, essentially meaning that medical staff should attend to the needs of the victims of a terror attack before treating the terrorist, even if he or she is more seriously wounded.

However, under the new guidelines, emergency medical workers are ordered to treat patients at terror attacks on the basis of medical considerations alone. What this means in practical terms is that first responders may find themselves in situations in which they are forced to treat a terrorist before tending to the victims of an attack.

The decision to change the guidelines was made as a result of a petition by Physicians for Human Rights, a group which claimed that Israel was acting in violation of international medical ethics and human rights, and following a lengthy discussion within the IMA and its Ethics Committee. Professor Avinoam Reches, the Committee’s chairman, made a statement in which he argued that “medical personnel are not obligated by Jewish moral values.”

Responding to Reches’s statement, ZAKA Chairman Meshi-Zahav said, “The Jews brought morality to the world and no one will teach us what is moral.”

ZAKA, a community emergency response organization whose teams are often among the first to a scene of a terror attack, responded to the directive with a resounding refusal. The organization, which is made up largely of religious Jewish volunteers, provides first aid and rescue services in cases of medical emergency.

Meshi-Zahav said in his statement, “We direct ZAKA volunteers to first treat the Jewish victims of a terror attack – without blinking an eye. Only after they have been given medical assistance, should they begin treating the murderous terrorist who carried out the attack.”

The medical ethical code, he added, does not encompass the treatment of terrorists. “In spite of the ethical code that says one should treat the most severely injured first, one should know that even morality has its boundaries,” he said. “If we do not make this distinction, we lose our direction.”

Meshi-Zahav cited a Jewish teaching to support ZAKA’s decision, pointing out, “Even in Jewish law it says ‘He who is merciful to the cruel, will end up being cruel to the merciful’.”

ZAKA is not the only opponent of this change. Israel Prize Laureate Professor Asa Kasher, who authored the IDF’s Code of Ethics and is one of the leading researchers in morality and ethics, voiced strong objection to the decision, calling it “absurd”.

“You can’t run it according to pure medical considerations – that’s just out of the question,” he said, according to Israel Hayom. “Say you have two people seriously wounded, the terrorist and a victim. The terrorist’s wounds are slightly more serious than the victim’s. Would you treat the terrorist before the victim? That’s unthinkable.”

ZAKA’s Chief of Operations, Chaim Weingarten, described a recent real-life situation in which he faced that very decision. He was present on the scene of Monday’s car-ramming attack in Jerusalem, in which 14 were injured. “The terrorist had been shot in his car,” he said in a radio interview. “Even though he had gun wounds to his head, he still showed signs of life. There was also a toddler in a stroller who had been run over by the terrorist, with a very serious wound to the leg. And you are asking me who I treated? The toddler.”

He added, “In the case of any murderer, not just a terrorist, I would always first treat the victim and afterwards the murderer or terrorist.”