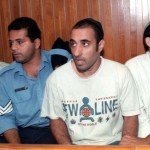 The brother of Yigal Amir, who assassinated former Israeli prime minster Yitzchak Rabin in 1995, was arrested Tuesday by Israeli authorities on suspicion of incitement to violence against Israeli President Reuven Rivlin on Facebook.

“Rivlin is a sycophantic politician,” wrote Hagai Amir ahead of the 20th anniversary of the murder of Rabin, according to Yediot Achronot. “He cannot decide whether or not my brother is released [from prison], only the Almighty decides—as He decided that Rabin would drop dead, despite Rivlin and his friends not really agreeing. The Almighty decided that Rivlin would be president, and it’s time for Him to decide that Rivlin and the Zionist state must disappear from the world just as Sedom did because of the crimes they ‘lawfully’ committed against their people. Today that day is no longer far away.”

Hagai Amir’s post came in the wake of a remark by Rivlin on Sunday, during the annual Rabin memorial ceremony at the President’s Residence, that “as long as I am president of the State of Israel, the murderer (Yigal Amir) will not walk free.”

Hagai Amir was also incarcerated for 16 years for a conspiracy to murder Rabin, among other charges. He was released in 2012.