Yeshiva Darchei Torah of Far Rockaway, NY, will celebrate its 44th anniversary at its annual dinner on Sunday, 17 Teves/January 15, when it will pay tribute to eight distinguished families from the yeshiva community. 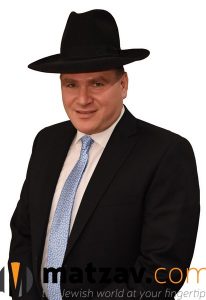 Mordechai and Gyla Schwartz are the parents of Esti, Fishel, Tova, Daniella and Sari. Esti, a TAG graduate, went to Bnos Chava Seminary last year and is currently pursuing a degree at Touro College. Fishel, a talmid of Yeshiva Darchei Torah since Pre-1A, will be completing mesivta this year. Tova, Daniella and Sari are each currently TAG students. Mordechai learned at Yeshivas Kol Torah in Eretz Yisroel and at Ner Yisroel in Baltimore. He is an attorney and CPA, and works at a trading firm in Manhattan.

Mordechai and Gyla support various Torah and chesed mosdos in America and in Eretz Yisroel, and are active in community and school needs. 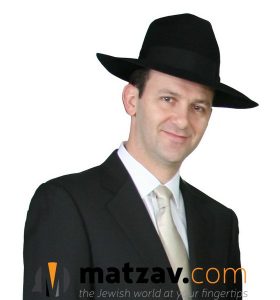 Parents of the Year

Both of Eli and Breindi Amsterdam’s sons are Darchei Torah talmidim: Moshe is in the eleventh grade at Mesivta Chaim Shlomo, and Ari, an alumnus of the mesivta, is now learning at Beis Medrash Toras Chesed in Lakewood. They have two daughters: Rena is a high school student at Masores Bais Yaakov, and Penina is married to Meir Schattner. The Amsterdams live in Flatbush and daven at Rav Eliezer Dovid Rapaport’s shul, Zichron Avrohom Yaakov, and at Agudath Israel Bais Binyomin.

Eli serves as import director at Outerstuff, a sports apparel manufacturing business. A native of Belgium and Eretz Yisroel, he learned under Rav Boruch Mordechai Ezrachi at Ateres Yisroel in Yerushalayim and maintains a strong kesher with his rebbi until today. The Amsterdams have often hosted Rav Ezrachi, and their home has been the site of many shiurim delivered by the rosh yeshiva to the men of the community.

The Amsterdams are involved in numerous efforts of tzedakah and chesed, invariably away from the limelight, whether it is Yeshivas Livnas Hasapir/Chush, the Israeli Refuah Viyeshua organization, or the keren tzedakah of their shul, which enables mispallelim in need of financial assistance to be helped in a generous and discreet manner.

Eli is married to the former Breindi Werdiger. Breindi, a devoted mother and grandmother, is a full partner in her husband’s efforts. She is a frequent volunteer for the Satmar Bikur Cholim, driving patients to Manhattan hospitals and taking care of other vital needs. 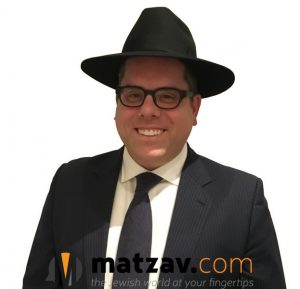 Shlomo and Blimy Weiss’s relationship with Yeshiva Darchei Torah began in 2003, when their son Pesach joined the yeshiva’s nursery. Pesach was followed five years later by his brother Tzvi, who is now a talmid in Mesivta Chaim Shlomo. The Weisses have taken an active role in the yeshiva. Shlomo serves as a member of the executive board and Blimy is involved in the Women’s League. They have two daughters, Bella and Malka, who are students at TAG.

Shlomo, a native of Flatbush, is the CEO of Millin Associates LLC, a revenue cycle management and software company. Kvius ittim laTorah is the driving force of Shlomo’s day. It begins early with his daily chavrusah and extends to other sedarim that he keeps, including a telephone seder that he has with a chavrusah in Eretz Yisroel. Shlomo, an alumnus of Mercaz Hatorah of Yerushalayim and Torah Vodaas, holds a Bachelor’s degree from Touro College and an MBA from Long Island University.

Blimy, née Solny, hails from the Upper West Side of Manhattan. A devoted wife and mother, she also dedicates a considerable amount of her time to a variety of chesed projects, including volunteer work for the Bikur Cholim of the Five Towns and Far Rockaway and providing crucial assistance to new mothers.

The Weisses’ Lawrence home is a hub of chesed. They spearhead annual fundraising events on behalf of Rofeh Cholim Cancer Society (RCCS), a life-saving organization that they are deeply passionate about and on whose board Shlomo serves. He is also involved in other chesed and Torah initiatives, from hachnosas kallah to Yeshiva Shavei Chevron. Shlomo serves on the board of Mesivta Ateres Yaakov, where their son Pesach learns today. The family davens at Heichal Dovid. 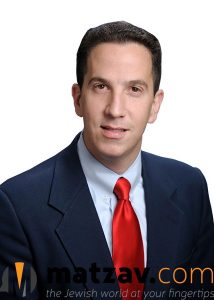 Phil Goldfeder was born and raised in Far Rockaway, where he attended Yeshiva Darchei Torah and Yeshiva of Far Rockaway. He studied at Midrash Shmuel in Yerushalayim for two years and later received a degree in Political Science from Brooklyn College.

Phil has spent his entire adult life as a public servant and tireless advocate for our community. Whether as a member of the New York State Assembly from 2011 until this year or in his prior positions in New York City government and the office of United States Senator Charles Schumer, Phil’s integrity and single-minded focus on helping people has earned him well-deserved accolades from across the political spectrum.

Phil’s skills and tenacity were put to the test in countless situations, none more so than during Superstorm Sandy and its aftermath. Most of Phil’s district was devastated by the storm, including his own home and office, yet Phil selflessly focused on the relief efforts and subsequent rebuilding needs of the larger community.

While many of Phil’s accomplishments have been well-documented, many will forever remain unknown, especially the assistance that he provided many individuals and families in a quiet manner. Phil recently left government to serve as the assistant vice president for government relations at Yeshiva University.

Phil is married to the former Esther Oppenheimer of Woodmere, who graduated from SKA and Touro College with a master’s degree in Mental Health Counseling. She teaches physical education classes at TAG and SKA. They have three children, Eliana, Asher and Gabriel. Asher, following in his father’s footsteps, is a talmid at Yeshiva Darchei Torah. 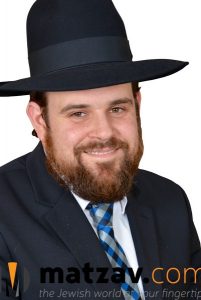 The fact that North Woodmere, the popular appellation for parts of Valley Stream, NY, has experienced a massive influx of Torah-oriented families over the last four years is due in no small part to the neighborhood’s many distinguished rabbonim, including Rabbi and Mrs. Witkin. Their shul, Kehillas Bnei Hayeshivos, was founded in the Witkins’ basement and has developed into a thriving community hub of Torah and tefillah and a magnet for families seeking to grow in their avodas Hashem.

Rabbi Witkin’s harbotzas Torah is manifested primarily in his role as rov of the shul, delivering drashos and shiurim, learning bechavrusah with mispallelim and advising them and their families on a personal level. But it doesn’t end there. Before his daily Daf Yomi shiur at the shul, Rabbi Witkin delivers another early-morning Daf shiur at Agudath Israel of Long Island in Far Rockaway. He also delivers an occasional Chumash shiur at Congregation Kneseth Israel, the White Shul.

Throughout a typical weekday, Rabbi Witkin can be found learning at Kollel Avreichim, where he studied as a yungerman. A native of Flatbush, he previously learned under Rav Tzvi Kushelefsky and Rav Dovid Soloveitchik in Yerushalayim.

Mrs. Witkin, née Lieberman, grew up in Chicago. In addition to her role as rebbetzin, she teaches at Torah Academy for Girls (TAG) in Far Rockaway. The Witkins have two sons in Yeshiva Darchei Torah, Simcha Zelig and Yaakov, and Chaim Henoch will be joining next year. They have two daughters, Tziporah and Chaya Leah, talmidos at Bnos Bais Yaakov. 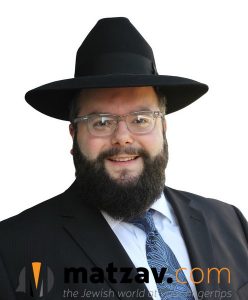 Rebbi of the Year

Born and raised in Montreal, Rabbi Eliezer Ament learned at Yeshiva Gedolah Merkaz Hatorah-Tiferes Mordechai. When his rosh yeshiva, Rav Shlomo Avigdor Altusky, moved to Far Rockaway to serve as rosh yeshiva of the newly-established Beis Medrash Heichal Dovid, Eliezer followed him. As a talmid, he formed an enduring kesher with Rav Altusky, Rav Bender, and the rest of the Yeshiva Darchei Torah hanhala. After his years of learning at Mir Yerushalayim, Kollel Be’er Yitzchok in Elizabeth, NJ, and Bais Medrash Govoah in Lakewood, Rabbi Ament joined the Aish Dos teacher training program and became a first grade rebbi at Darchei. Rabbi Ament is a true talmid chochom who is beloved by his talmidim, parents and colleagues, and has successfully implanted Torah and its ideals in his talmidim over the past decade. His ebullient personality and infectious enthusiasm endear Rabbi Ament to all those he comes into contact with.

Eight years ago, the yeshiva embarked on an experiment: a second summer day camp, located on its Heyson Road property, which would provide boys with a spirited, fun-filled experience in a uniquely Torahdike environment. Rabbi Ament was chosen as co-director together with Rabbi Eliezer Selengut. Under their leadership, the camp’s enrollment has grown nearly 500 percent and gained wide renown.

Mrs. Leah Ament, née Compton, a native of Wickliffe, Ohio, works in the administrative offices of the yeshiva. Their sons, Yissochor Dovid and Yossi, are Darchei talmidim. They also have three daughters: Chana, Esti and Sori. 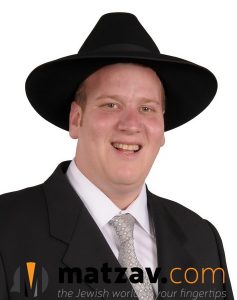 Shmuel Brudny grew up in Edison, NJ, and learned at the town’s Yeshivas Rabbi Yaakov Yosef. He also studied at Darchei’s Mesivta Chaim Shlomo and Beis Medrash Heichal Dovid and has remained in close contact with many of his rabbeim and chaveirim over the ensuing 12 years. He also learned at Yeshiva Shaarei Torah of Lakewood.

His wife Rivky, née Katz, is a native of Silver Spring, MD. Together, the Brudnys have established their home, first in Lakewood and now in neighboring Jackson, on the foundations that they received from their parents and rabbeim. They have three children: Chana, Nochum Hillel and Dovid.

Although Shmuel’s position as vice president of operations at Meridian Capital Group is a very time-consuming one, it has not precluded him from keeping a nightly learning seder. (For about a year, he learned with his fellow Darchei alumnus and classmate Rav Avrohom Wachsman twice a week.) He helps run the new minyan that was established near his neighborhood of Jackson, an up-and-coming suburb of Lakewood, and was an active volunteer for Chai Lifeline for many years. 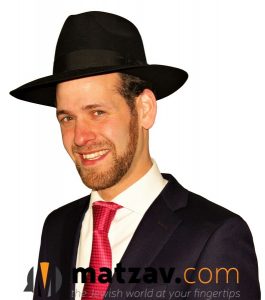 Two years ago, Yosef Wartelsky was among the founders of one of Far Rockaway’s newest and fast-growing shuls, Kehillas Bais Yisroel, and he remains a driving force in the success of the kehillah, which is under the leadership of Rav Elysha Sandler. But the Wartelskys’ service to the tzibbur is not limited to their shul. Yosef recently joined the ranks of the dedicated volunteers of Hatzalah and has been involved in numerous sacred causes over the years, from his successful campaign to write a Sefer Torah in memory of the victims of the Mercaz Harav Massacre to raising close to $1 million for the families of the kedoshim of Har Nof. During the summer, he serves as an assistant head counselor in Camp Munk.

Aliza, who supports and encourages her husband’s avodas hakodesh, works for the Achiezer Community Resource Center and is involved in many facets of the organization. She often takes her work beyond the office, helping numerous individuals and families in need of assistance at all hours.

Yosef, who works in property management, is a native of Paramus, NJ, and is an alumnus of Mesivta Chaim Shlomo. He also learned at Sh’or Yoshuv, and after his marriage he spent five years studying in Eretz Yisroel. Aliza, née Devor, grew up in Far Rockaway.