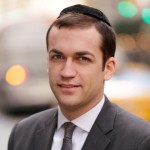 This article first appeared in the Times of Israel.

To celebrate Guy Fawkes Day, I will start with another celebrated Englishman.  Shakespeare famously said in Henry V, “once more unto the breach, dear friends, once more.”

The recent statements by the Rabbinical Council of America (RCA) and the Moetzes Gedolei Hatorah (Council of Torah Sages) of Agudas Yisroel have reiterated the parameters and beliefs of Orthodox Judaism. In response, Open Orthodox proponents have taken to advocating for their attempted deviances from Orthodox Judaism, primarily through secular media outlets and even through a humorous petition.  One purported defense, by Ben Greenberg, offered in Times of Israel, is titled “Yes to Zionism, No to Feminism?”

Greenberg argues that the RCA’s position is solely based on the concept of mesorah (tradition). Working off that incorrect premise, he argues that Zionism is a rupture from mesorah, which the RCA supports, while feminism is one they oppose, hence a contradiction. Greenberg is well intentioned and a fine person, but his analysis is simplistic, historically inaccurate and to use Open Orthodoxy’s favorite terminology, “lacking nuance.”
Greenberg first fails to define the term Zionism. Classical Zionism is core to Jewish belief and halacha. Yahadus (Judaism) has always supported returning and living in the land of Israel, and most efforts to bring that about. From the mystic communities in Tzfas, to the Vilna Gaon’s talmidim (students), to the predominantly religious Aliyah Rishonah (first immigration wave), there has been an undisputed Orthodox tradition in support of Zionism. Yet Greenberg claims R. Hirsch was an “anti-Zionist,” and implicitly groups him ideologically, with the so-called Neturei Karta.
Political Zionism, is a different conversation. Greenberg is correct in quoting that (much of) political Zionism is “an invention of … assimilated Jews who turned their backs on the rabbis.” Yet the secular aspects of political Zionism have been rejected by Religious Zionism. That which was accepted, was accepted by eminent Rabbinic leaders who did so, including R. Kook and many who are identified as part of the “yeshiva world,” because they objectively interpreted it as what the Torah demands. They did not approach the topic of Zionism, as one that is assur (forbidden) but will be accepted regardless. By contrast, modern Feminism often contravenes traditional Jewish practice and thought. Orthodox Judaism has been unequivocal regarding ordination, throughout Jewish history. Despite Greenberg’s peculiar claim that the only issue is one of mesorah, R. Herschel Schechter engages in a lengthy discussion of the halachic issues involved, in the Hakira journal. In addition, R. Yona Reiss has several online classes on the topic. That position is shared unanimously by the greatest of halachic authorities, throughout the Orthodox spectrum. In American legal parlance, it is a 9-0 Supreme Court decision.
Let me be crystal clear. Despite Greenberg asserting that “the majority of the Torah world rejected it (Zionism) and still does so today,” the Lithuanian “yeshiva world,” of which I am a proud product and part, is passionately Zionist in the true sense of the word, and supports the continuing existence of the State of Israel de facto, if not de jure. Arguing otherwise, indicates a lack of factual awareness. Just read the community’s newspapers on any given weekend, particularly the Yated Ne’eman and Hamodia.  While Greenberg may recite Hallel on Israel’s Independence Day and I do not, I celebrate Israel and have lived and studied in Israel. Politically speaking, I will continue to staunchly defend and support Israel. Curiously, Greenberg states Israel is “far from perfect and has much to work on”. I am interested to better understand his Zionism, for mine does not have such political qualifications. I view modern Israel (including Judea & Samaria) as an incredible country and a global moral compass. Perhaps he is referring to religious matters, of which it is still a work in progress, and we may agree.
Interestingly, Greenberg decries the early secular Zionists for their “heresy”, by denying the divinity of Torah. While I applaud him for that, prominent Open Orthodox proponents have done the very same! There is a litany of statements from R. Ysoscher Katz, Zev Farber, Ari Hart and Shmuly Yanklowitz, ranging from the heretical to the simply strange. Furthermore, R. Asher Lopatin, YCT’s current president, has pointedly refused to reject such views as being beyond the boundaries of Orthodoxy.
For at its core, it is not just about Zionism, or the role of women in Judaism. The underlying issues distinguishing Orthodoxy from Open Orthodoxy are the fundamentals of our faith. Like their Conservative forebears, most Open Orthodox proponents attempt to define the Torah based on their own personal terms, and not have the Torah define our identity. That violates the profundity of the Siniatic moment, where the Jewish people expressed na’aseh v’nishmah (we will do and we will listen) regarding both the written and oral Torah. Then, once the lines are crossed, Open Orthodoxy cries foul for being called out. The question is why do they insist on obfuscating the issue by insisting on the appellation Orthodox?
As Professor David Berger has argued, “One arguably has the right to redefine the core beliefs of a religious community while still clinging to its standard designation. But there is something unseemly, even ethically objectionable, about expressing righteous indignation when those who maintain traditional standards and practices are unwilling to embrace that redefinition”.

Guy Fawkes plotted to overthrow the English monarchy under King James. His downfall is celebrated today, November 5th, throughout the U.K. We refer to God as Avinu Malkeinu (our father, our king) and God’s sovereignty over us, his chosen people, defines our purpose. Last time I invited an Open Orthodox advocate over for coffee, I was stood up. Regardless, I extend an invitation to Ben Greenberg, to chit -chat over a morning Joe, or even a beer. Hopefully, at next year’s Guy Fawkes Day celebrations, we will celebrate our acceptance of the totality of the ratzon hashem (divine will), pursuant to our beautiful mesorah, including Zionism but not Feminism, with all the Jewish people, as fully committed Orthodox Jews.