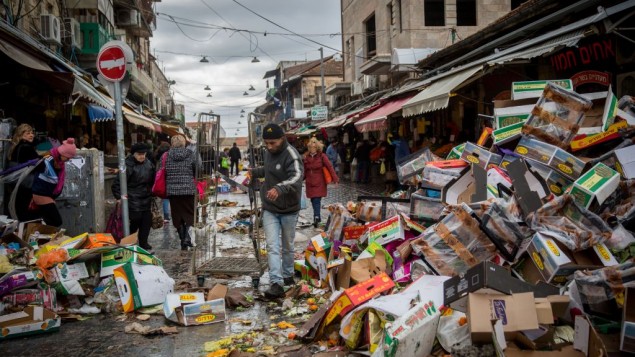 A strike by Yerushalayim’s sanitation workers ended today three days after it began on Thursday, when the city sent termination letters to 170 department employees. The work stoppage came to an end when municipality and the Finance Ministry reached an agreement on the transfer of additional funds to the city so keep the workers on for another year.

According to the agreement, which also involved the Histadrut labor federation, the Finance Ministry will immediately transfer NIS 17 million ($4.4 million) to the city to fund the additional employment of those sanitation workers who were fired last week.

The four days of the sanitation strike saw large buildups of uncollected garbage along Yerushalayim’s streets, with accumulated trash even temporarily blocking off some streets in the city center.

A statement released by the Yerushalayim Municipality said that the Finance Ministry will transfer an additional NIS 20 million ($5.1 million) for continued security reinforcement in the city’s schools, in the wake of the current terror wave. Read more.