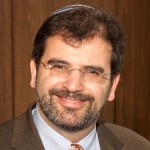 Two days ago, Matzav.com reported that Avi Weiss, the controversial founder of “Open Orthodoxy,” has quit from the Rabbinical Council of America in protest of the organization not allowing members rabbis whose sole ordination is from the Open Orthodox Yeshivat Chovevei Torah school that Weiss founded.

Now, YCT president Rabbi Asher Lopatin has announced that he, too, will be departing from the RCA after having been a member for nearly 20 years. In explaining his decision, Lopatin cites the RCA’s refusal to admit YCT musmakhim, but adds that that “is only a symptom of a much larger problem. Despite efforts by some members and leaders of the RCA, in recent years the organization has focused on finding ways to exclude rather than include.”

Weiss, also the founder of the International Rabbinic Fellowship, established the “yeshiva” in the Riverdale section of the Bronx in 2000.

“As an act of protest, I have not paid my dues to the Rabbinical Council of America (RCA), and have now allowed my membership to lapse,” Weiss wrote in an email message this week announcing his own resignation. “I have chosen to leave the RCA foremost because of its attitude towards Yeshivat Chovevei Torah (YCT), the rabbinical school I founded years ago. If YCT rabbis – with YCT semikha only – cannot join the RCA, neither can I be part of this rabbinical group,” Weiss wrote.

Yesterday Rabbi Weiss officially declared his exit from the Rabbinical Council of America. Upon hearing of Rabbi Weiss’s announcement, I asked the leadership of the RCA to publicly address his concerns. They have refused.

By the end of this week, I plan to officially resign from the Rabbinical Council of America, having served in the past on the Executive Committee and having been a member for nearly 20 years.

I had been contemplating leaving the RCA for over a year. The RCA’s refusal to admit YCT musmakhim, with close to 100 rabbis serving in the field, almost all of whom are engaged in avodat hakodesh, is reason enough for my decision, but it is only a symptom of a much larger problem. Despite efforts by some members and leaders of the RCA, in recent years the organization has focused on finding ways to exclude rather than include. Moreover, members who should have been censured for rejectionist behavior and abuse of rabbinic power are tolerated for too long until a scandal finally breaks.

The RCA was once a groundbreaking organization devoted to bringing in contemporary Orthodox rabbis whom other, older organizations, specifically Agudas Harabanim, rejected because RCA rabbis were too modern and open to the world. It now appears to be an organization devoted primarily to patrolling its borders.

I urge the Rabbinical Council of America to return to its roots and be true to the values that once guided it.