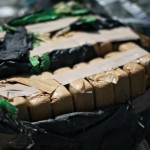 The principal leaders of Mexico’s Sinaloa Cartel, what was the largest drug trafficking organization in the world, were indicted in U.S. Court late last month on multiple drug distribution, murder, and conspiracy charges. An indictment obtained by The Daily Beast describes a “network of corrupt police and political contacts” that aided in the transportation of “multi-ton quantities of heroin, methamphetamine and marijuana into the United States” by “land, air and sea transportation.”

While the cartel was violent towards anyone who crossed their paths-they were charged with 12 murders and numerous attempted and hired murders-internal disputes was generally minimized and civil. From 2003 to 2014, the cartel sold more than one million pounds of cocaine, taking in some $14 billion. Read more at Forbes.