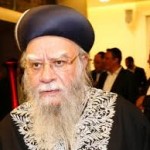 When you do not like the facts, ignore them. When you do not like the situation, pretend it is not so.
This sentiment can unfortunately be aptly applied to some of the protest on the part of Open Orthodox leadership to the recent resolution of the Rabbinical Council of America (RCA) against the ordination and hiring of women as rabbis. The protest has been vicious, it has been sophomoric (sorry to say so, but it is true), it has lacked substance – and, with the just-breaking publication of a crucial document, it has been (further) demonstrated beyond a shadow of a doubt to be rendered irrelevant by clear and undeniable facts.
Readers are urged to please read here about the background of the RCA resolution and why Halacha does not accept the ordination of women as rabbis, and here for a detailed depiction of the types of protest against the RCA resolution in which Open Orthodoxy has engaged and why this protest really misses the mark.
In a November 8 article in Haaretz, Rabba (Open Orthodox female rabbi) Sara Hurwitz, who was the first woman ordained by Rabbi Avi Weiss and who serves as dean of Yeshivat Maharat, the Open Orthodox rabbinical school for women, restates the recently articulated opposition to the RCA resolution and writes:

I found myself teaching communities about the halakhic permissibility of women serving as members of the clergy. My role models were Deborah the Prophetess, Beruriah, and Hannah Rachel Verbermacher, the Maiden of Ludmir. I taught about Rabbi Eliyahu Bakshi-Doron, the former Chief Rabbi of Israel, who ruled unequivocally in 1993 that “Women can be of the Gedolim (great leaders) of the generation and serve as halakhic decisors.” (Responsa Binyan Av, 65:5.)

As explained in the above-cited article, Deborah the Prophetess was not ordained as a rabbi and did not serve on the Sanhedrin. Nor did Beruriah receive ordination or hold a rabbinic title, nor did Hannah Rachel Verbermacher, known as the Maiden of Ludmir. These women were exceptionally holy and wise, and they generously shared their sagacious counsel with others, but alas they serve as absolutely no basis or precedent to ordain women as rabbis, and they would in all likelihood cringe at the idea and immediately label it heretical.
That brings us to the oft-cited responsum of Rabbi Eliyahu Bakshi Doron, the former Sephardic Chief Rabbi. This responsum has been used repeatedly by Yeshivat Maharat leadership and others as a primary basis to confer ordination or its equivalent upon women who graduate their programs. (Please again see the above-cited article as to why the source reference to female rabbinical judges for voluntary arbitration in the immediately prior hyperlink is wholly inapplicable to the ordination of women.) In fact, as Rabbi Bakshi Doron is the only senior Torah sage to really discuss the issue of women serving as halachic decisors, reliance on his position has been pivotal and dispositive for those promoting ordination for women.
Here is the truth about Rabbi Bakshi Doron’s alleged support for the ordination of women:
In a June 23, 2015 letter to the president of the RCA, issued in response to a request for clarification of his position on the ordination of women – months before the RCA resolution was even conceived or drafted – Rabbi Bakshi Doron stated unequivocally:

Regarding your question about ordaining women for the rabbinate: There are those who are claiming reliance of on my sefer (book) Binyan Av – volume 6. I hereby declare that, God forbid, one may not ordain a woman to serve as a morah hora’ah (halachic authority) nor to be called “Rabba” (female rabbi). We must caution those in our generation not to follow the example of the Reformers, and to stay clear of their practices (such as ordaining women).
I certainly wrote in my cited responsum that a woman may halachically serve as a halachic decisor, and such has the Chida written (Choshen Mishpat s. 7), but this must be without official appointment or authority…
…There inheres in the matter (of women serving as rabbis and licensed halachic authorities) a lack of modesty, especially in our generation, in which immodesty is more prevalent than modesty. I thank you for your letter, which has enabled me to remove a source of misinformation.

This is nothing short of a bombshell (although it comes as absolutely no surprise to those of us not caught up in the pro-women rabbis campaign).
It is now crystal clear that the only “real” source invoked by proponents for the ordination of women is anything but, as Rabbi Bakshi Doron unqualifiedly condemns and forbids ordaining women and licensing women as halachic decisors; Rabbi Bakshi Doron’s words had been materially (and unconvincingly from the start) misapplied to promote a reform that he rejects outright. It has already been crystal clear that the halachic authorities of the RCA (and all other preeminent halachic authorities) – Rabbi Aharon Lichtenstein, of blessed memory, and Rabbi Gedalia Dov Schwartz, Rabbi Hershel Schachter and Rabbi Mordechai Willig – have come out against the ordination of women, as per these rabbis’ presentations to the 2010 RCA convention. It is also crystal clear that there are no greater or equal halachic authorities who sanction the ordination of women. And it is, unfortunately, crystal clear that despite all of this, Open Orthodoxy will not be deterred from continuing to ordain women and to attack the RCA and those who oppose such ordination. This speaks volumes about the commitment of Open Orthodoxy to Halacha and halachic authority. (In this vein, please see here for the recent proclamation of Agudath Israel’s Council of Torah Sages about Open Orthodoxy.)
As I have already written: Some Open Orthodox leaders have alleged that the RCA is placing people outside of Orthodoxy, discriminating against those who do not agree with the RCA position, and changing the rules. Nothing could be further from the truth. The RCA resolution is based on the 2010 pronouncements of the RCA’s poskim (halachic authorities), whose articulation of the issues merely continued the rabbinic tradition of millennia and did not change anything. On the contrary, this problem was not created by the RCA, and those who broke rank with traditional Orthodoxy and introduced the problem and precipitated the present schism should think hard about their actions and trajectory.
There are those who have suggested that rather than ordain women as rabbis or license them as halachic decisors, the time has come to create new, alternative religious titles and positions for women. Aside from the fact that no major poskim have backed this approach, I personally find it to be patronizing and insulting to the superlative roles in traditional Judaism already filled by women. Rather than introducing or contriving new titles, which in my mind smacks of a condescending affirmative action approach to a disadvantaged class, for whom we must fabricate positions in order to make people feel special, why can we not recognize the sheer greatness of Jewish women in their age-old roles as wife, mother, educator/morah and rebbetzin/rabbanit? Women in these capacities have built, sustained, inspired and carried the Jewish People through thick and thin. These roles are at the bedrock of our Mesorah (tradition) and are at times overlooked by those seeking to introduce and innovate. (In a similar vein, please click here for a letter expressing my thoughts about the significance of the traditional approach to bas mitzvah, questioning the propriety of contemporary innovation therein.)
In the broader and public realm, women such as Rabbanit Batsheva Kanievsky, of blessed memory, and Rebbetzins Esther Jungreis, Feige Twerski, Dr. Bruria David, Tzipporah Heller, Tehilla Abramov, Leah Kohn, Ruthie Assaf, Malka Paretzky, Shira Smiles, Rabbanit Yemima Mizrachi, and publishers and editors such as Mrs. Ruth Lichtenstein and Arutz Sheva’s own Mrs. Rochel Sylvetsky, and countless others, have carried and disseminated the messages of Torah teaching, inspiration, enlightenment and policy more effectively and comprehensively than any female rabbis ever have or ever will.
Our entire Mesorah rests on the greatness of women continuing in their eternal positions as mothers, teachers, counselors, communal role models, advisers, and people who inspire others in incalculable ways. Let’s take a step back and give kavod (respect) and show appreciation to these traditional roles and to the women who fill them so amazingly, surpassing any contemporary innovations or contrivances hands down!
CROSS-CURRENTS
{Matzav.com Newscenter}