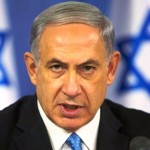 Netanyahu’s office said, however, that he is only examining the possibility of bringing forward party elections.

Senior Likud officials told Channel 2 that the issue was discussed over the past few days by Netanyahu and senior Likud members, including Tourism Minister Yariv Levin and Public Security Minister Gilad Erdan, as well as Haim Bivas, head of the Federation of Local Authorities in Israel.

Shortly after the Channel 2 report aired, Transportation Minister Yisrael Katz, who is also chairman of the Likud Secretariat, told the Hebrew news website Ynet that “contrary to rumors, elections to choose a head for Likud will not be brought forward and will take place according to the constitution of Likud, some 6 months before the next elections.

“The Likud government, headed by Benjamin Netanyahu, is in the midst of a campaign against Islamic terrorism and is facing complex security, diplomatic and economic challenges. This is not the time for political moves that can make the situation harder and upset the political stability in Israel,” Katz said.

If the decision were to be made, it would mark the fourth time Netanyahu would advance the party primaries.

Associates of the prime minister said that he is interested in holding primaries now that the state budget is passed in order to stabilize the ruling party. Netanyahu, the associates said, wasn’t preparing for early general elections but is “getting ready for any eventuality.”

After the 2007 and 2011 elections, Netanyahu also announced early party elections.

Bringing forward the primaries may stymie attempts by potential competitors to run against the prime minister, thus securing Netanyahu’s position as lead candidate.

Gideon Sa’ar, a former Likud minister who is widely considered the man with the most realistic chance of loosening Netanyahu’s hold of the ruling party’s reins, tweeted sharp criticism of what he called the “all talk government’s” failure in handling the ongoing wave of terror attacks.

While he is widely supported, and Netanyahu has gained opponents within the party, Sa’ar is not likely to muster sufficient support to beat Netanyahu on such short notice.

Should Netanyahu win the early primaries, he could secure the leadership of Likud until 2023, potentially putting him at the head of the party for 24 years.