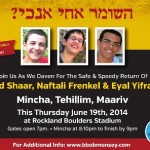 When the Boko Haram terrorist group kidnapped 300 Nigerian girls not long ago, the response from the mainstream media as well as liberal elites was not long in coming. The outrage and calls for action seemed strangely disconnected from the enthusiasm on the part of many of those speaking up about the kidnapped girls for President Obama’s weak “lead from behind” foreign policy that has left the U.S. paralyzed in the face of egregious human-rights disasters, such as the one in Syria. But as much as many of those promoting the Twitter hashtag #bringbackourgirls, such as First Lady Michelle Obama, seemed to confuse a tweet with tangible action that might do something, the willingness of Americans both prominent and obscure to express their concern was appropriate. As we have since learned, it will take more than a hashtag and a selfie to rescue the girls that Boko Haram have boasted of selling into slavery. But the criticism of the naïveté of the tweeters revealed that social media has become one of the principal battlefronts in human-rights controversies.

That’s become apparent in the last week as both Israelis and Palestinians have taken to Twitter and Facebook to express their feelings about the kidnapping of three Jewish teenagers who were apparently kidnapped Friday by Hamas terrorists. These social media campaigns have now been taken up by the rest of the world and become fodder for media stories. But unlike the worldwide consensus that kidnapping Nigerian girls was a terrible thing, what we have discovered is that there is no such unanimity in the civilized world about the fate of Jewish boys. While Jews and friends of Israel have promoted the #bringbackourboys slogan on Twitter, Palestinians and their sympathizers have answered with #threeshalits, an expression that is not only a callous comment about their abduction but an explicit endorsement of kidnapping as a tactic to force Israel to release imprisoned terrorists.

The competition between these two groups hasn’t engaged liberal elites the way the Boko Haram attack, did but the willingness of some liberal publications to engage in the worst sort of blame-the-victim memes with regard to the kidnapped boys illustrates that the pro-human rights mentality that made #bringbackourgirls such a huge success is based on sentiments that run about a millimeter deep in our culture. With supposedly cutting edge websites like Vox using the kidnapping as an excuse to engage in specious and largely false arguments about the evils of Israeli occupation of the West Bank to rationalize if not justify Palestinian terrorism, it’s little wonder that Mrs. Obama is not lending her immense prestige to the campaign to free the Israeli boys.

Why won’t Michelle Obama tweet her sympathy for the Israeli boys? The answer is obvious. To do so would be to make it clear that the White House believes that the human rights of Jews, even those living on what the administration thinks is the wrong side of the green line, are human beings with rights, rather than just flesh and blood targets.

While no individual or even any government can involve itself in every issue or incident on the planet, the choices we make are instructive as to whether our putative concern for human rights is a pose or a genuine commitment. In the case of Boko Haram’s victims, it was easy for liberal Americans to express anger for the terrorists and sympathy for the victims, since to do so involved no hard choices, other than the choice former secretary of state Hillary Clinton made in refusing to designate the kidnappers as a terror group during her time in office. Americans don’t really care who runs Northern Nigeria or the intricacies of that vast nation’s political and religious conflicts. But that didn’t stop them from rightly expressing their disgust with the notion that terrorists could simply snatch girls from school and force them to convert to Islam and/or to sell them into slavery.

But to use their hashtag power to speak up against Hamas and the widespread support for kidnapping among Palestinians, even though PA leader Mahmoud Abbas has belatedly condemned the crime, involves some real hard choices. It involves a realization that the Middle East conflict isn’t so much about borders or Israel’s policies as it is about the hate that drives Palestinian rejection of the Jewish state’s repeated offers of peace.

Boko Haram’s military was not matched by an ability to mobilize international opinion on behalf of their cause of preventing women from being educated. But Hamas is more fortunate. They can not only count on Palestinian social media users to glorify their crimes and to call for more such abductions but also rely on the willingness of many Western liberals to rationalize any violence against Israelis.

Up until now, the response of the U.S. to the kidnapping has been weak. While Secretary of State John Kerry has condemned it, he has not sought to draw conclusions from events about the wisdom of his decision to go on supplying the Fatah-Hamas Palestinian government with American taxpayer dollars. Nor has the White House specifically called for the release of the boys and the surrender of the Hamas terrorists.

While we still know nothing about the fate of the boys, countering those who are supporting the kidnapping-a vicious campaign with overtones of traditional anti-Semitism-won’t be easy. But it would be helped if the first lady were willing to endorse freedom for the boys. A hashtag is no substitute for action or even a policy that sought to disassociate America from Palestinian terror. But it would be a start.