In one of her Wall Street speeches, Hillary Clinton mentioned that her “dream” is to virtually destroy America by having a “hemispheric common market” where commerce protections, tariffs, and different measures that guarantee both the integrity and sovereignty of our financial system can be deserted for a world market.

After more digging into the document dump from Wikileaks, we find that Hillary is as racist as they come when she’s not underneath public scrutiny. A transcript from one of her speeches reveals her true emotions about both blacks and Muslims 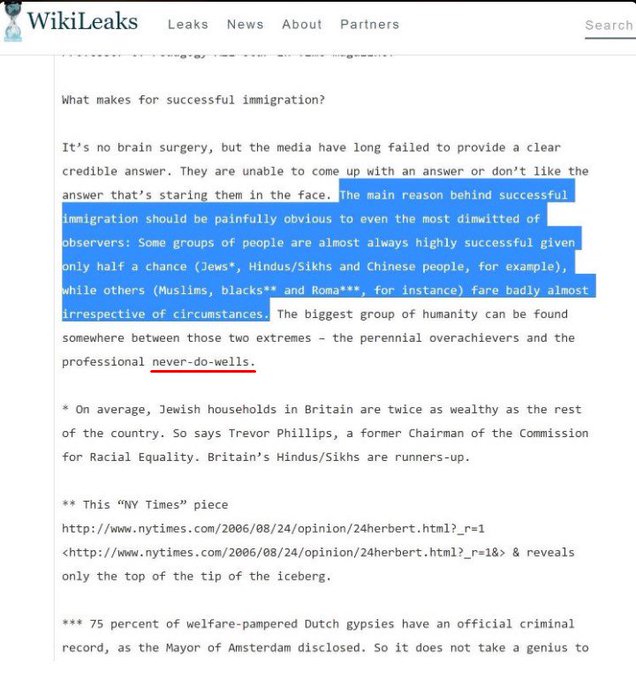 “The main reason behind successful immigration should be painfully obvious to even the most dimwitted of observers: Some groups of people are almost always highly successful given only half of a chance (Jews*, Hindus/Sikhs and Chinese people, for example), while others (Muslims, blacks** and Roma***, for instance) fare badly almost irrespective of circumstances. The biggest group of humanity can be found somewhere between these two extremes – the perennial overachievers and the professional never-do-wells.”

Hillary Clinton believes that black individuals are “professional never-do-wells” incapable of success no matter the alternatives they’re given.

She made this racist assertion to a bunch Wall Street people, and she was paid hundreds of thousands to make it.