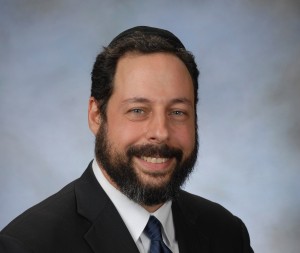 Last week, I presented a question based on my experiences within the realm of chinuch. While it would appear that many aspects of a child’s education – particularly as it relates to their moral development – would be the primary responsibility of his parents, the trend within mosdos hachinuch has been to focus increasingly more on such areas. What has motivated such a shift, and what, if anything could and should be done to restore the home as the primary repository for our children’s moral development?

Rav Hirsch (Collected Writings of Rabbi Samson Raphael Hirsch, Volume VII, p. 47 ff) posited that some of the blame for this transfer in moral stewardship away from the home can be directed to the educational arrangement of his time, when schools played the role as primary educators from a child’s earliest years. Rare was the child who remained at home after reaching the age of two. From that point on, children were out of the house for many hours daily, and began to view their teachers as their primary repository of knowledge and morality. For the most part, we have continued with that arrangement until today.

Rav Hirsch also stated that morality received precious little attention in many of the homes that he observed, based on the fact that people did not see how good character would lead them to achieving greater success in the capitalist marketplace. As such, schools were forced to step in and promote proper middos.

Lest we suggest that the non-focus on middos development was a distinct characteristic of 19th century German Jewry, Rav Mattisyahu Salomon, Shlita, (With Hearts Full of Love, Artscroll Mesorah, p. 165ff) tells us otherwise.

(Parents) often make a mistake. They think that the main part of chinuch is in the mitzvos and that chinuch in middos is secondary, almost an afterthought. But in actuality, the opposite is true. The main focus of chinuch has to be in middos, because the obstacles in mitzvos are bad middos.

I would add that our competitive (dare I say elitist?) educational system, which often results in parents lobbying for their child’s acceptance into particular preschools as the basis for future schooling opportunities, shidduchim, et al, can often promote rivalry amongst our children. Perhaps for that reason our schools see it as their responsibility to counteract that moral failing with programs that promote positive middos and selflessness.

(As a related aside, I have heard from a widely respected mechanech who has been at the forefront of addressing the “at-risk” problem within our community for over twenty years, that the exponential growth within the frum community over the past few decades, while wonderful in so many respects, has fostered much more competitiveness and exclusivity within our schools than what existed a generation or so ago. So many of our youth find themselves on the periphery of achievement and acceptance, and lose their self esteem, not to mention the opportunity to learn from and be inspired by peers that are more motivated or capable than they. In contrast, American day schools and yeshivos of yesteryear were far more concerned with “saving souls” and rebuilding Torah, and were more tolerant and accepting than we are today.)

It would appear to me that another factor in this shift in moral ownership towards schools has been the increased pressures (real or imagined) placed on parents in contemporary society. Families are larger today than before, with more children that properly demand parental attention. More homes are fed and clothed by dual breadwinners, and mounting pressure is being placed on our mothers to raise and instill proper middos in their children – much like their mothers had done for them – while also helping support their families.

Many parents also feel an increased pressure to “make it” economically and socially and enjoy the finer things in life, for themselves and their families. These aspirations often trump what’s truly best for the children, and teach the type of values that are at odds with proper middos development. In the words of Rav Shimon Schwab, zt”l: (Selected Speeches, CIS, p.104-105)

In our modern age, our rabbeim suffer terribly from the fact that many children who go to yeshivos are the victims of the wrong chinuch received from their parents… The lack of derech eretz and the degree of chutzpah in some of our institutions is appalling… The children are not to be blamed! Unfortunately, so very often fathers shower money on their unruly children just in order to not be bothered by them. Very often, busy mothers and fathers have little to do with their children. The parents are too preoccupied with themselves to focus attention on their children.

The growth of our communities has also meant a significant increase in events that conflict directly with family time, such as simchos, organizational dinners, and the like. And while we certainly would never complain about such wonderful developments, we do need to be cognizant of their broader impact on families.

Furthermore, parents today deal with broader, more global challenges than ever before. The Internet has made the world much smaller, and has given our children access to many ideas and social venues that were previously unknown or unavailable. In addition, the prevalence of “at-risk” youth within many communities make it that much harder for parents to shelter their children from the types of behaviors that they would rather not see their children be exposed to, particularly from other children from frum homes.

It is for these reasons, as well as others, that schools have felt the need to take on a more significant role in children’s moral development. And they are to be commended for so doing. In fact, according to Rav Schwab (Ibid, p. 105) it is our mosdos’ requirement to do just that.

In our age, the emphasis of our yeshivos and day schools should be laid on improvement of middos (I.e. shemiras halashon, avoidance of jealousy and hatred, foul language, lightheaded behavior, anger, arrogance and speaking untruths). This, as well as the acquisition of middos tovos… should be stressed. These are topics which should be studied, practiced and worked on alongside the sugios in the gemara… At this time, the teaching of middos is extremely urgent and should become the first priority.

However, this should not, in any way, diminish the parents’ sense of responsibility and ownership in this area. Teaching proper middos remains a fundamental duty of every Jewish parent. Again, in the words of the Lakewood mashgiach (Ibid, p. 165, paraphrasing the Shelah Hakadosh): “It is the responsibility of parents… to devote themselves to teaching their children good middos and shun bad middos until this becomes the essence of their beings.”

Rabbi Naphtali Hoff is an executive coach and President of Impactful Coaching and Consulting. He can be reached at 212.470.6139 or at nhoff@impactfulcoaching.com.