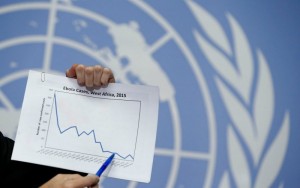 The World Health Organization has declared the end to the two-year Ebola epidemic that killed 11,000 and triggered a global health alert.

On Thursday, Liberia became the final country to be announced clear of the killer virus. The outbreak, which emerged in Guinea in 2013, did immense damage to the struggling economies of West African countries such as Liberia, Sierra Leone, and Guinea.

Separately, Russian President Vladimir Putin announced that his country had successfully created a vaccine for the Ebola virus. Scientists are skeptical of the claim, after noting that Putin did not disclose the name of the vaccine or any information about trials or how it worked. Read more at Yahoo News.