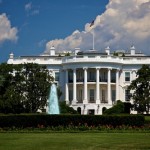 Following Republican frontrunner Donald Trump’s statement calling for a ban on all Muslim immigration and travel to the United States, the White House has called such a proposal “contrary to our values as Americans.”

In an interview with CNN, the president’s deputy national security advisor Ben Rhodes added: “We have in our Bill of Rights respect for the freedom of religion. Muslim Americans have made extraordinary contributions to our country, but it’s also contrary to our security.”

Rhodes suggested that Trump’s words feed direclty into the hands of ISIS militants. “If we look like we’re applying religious tests to who comes into this country, we’re sending a message that essentially we’re embracing [ISIS framing about Islam vs. the West].”