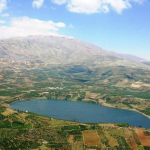 White House officials said that due to instability in Syria, changing the Golan Heights policy could cause complications in U.S.-Syria relations.

“I think that it was clear the U.S. is not going to change its position about the future of the Golan. We always said it has to be negotiated in line with [U.N. Security Council resolutions] 242 and 338. This has been and remains our position and it will not change,” one official stated.

Another White house official affirmed that changing the U.S. position on the Golan Heights could put the opposition in Syria in a “very awkward position,” and that “it will expose the opposition to regime accusations that they are allies with people who want to give up the Golan.”