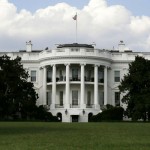 The man who successfully broke into the White House Friday night wielding a knife has been identified as an Iraq War Veteran. Omar J. Gonzalez, 42, was stationed in Iraq from 2006 through 2008 and served as a sniper, according to his relatives. He is the first intruder to make it into the White House. He sprinted 70 yards across the North Lawn and opened the door of the North Portico, which was unlocked. He was stopped once he stepped inside.

“The location of Gonzalez’s arrest is not acceptable,” the Secret Service said in a statement and announced an investigation into the security breach.

Just a day after Gonzalez’s entry, a New Jersey teenager also attempted to break into the grounds of 1600 Pennsylvania Avenue. On Shabbos, Kevin Carr, 19, tried to drive through a White House barricade, but he was unable to get through and the barricade was not damaged. Read more at NBC News.