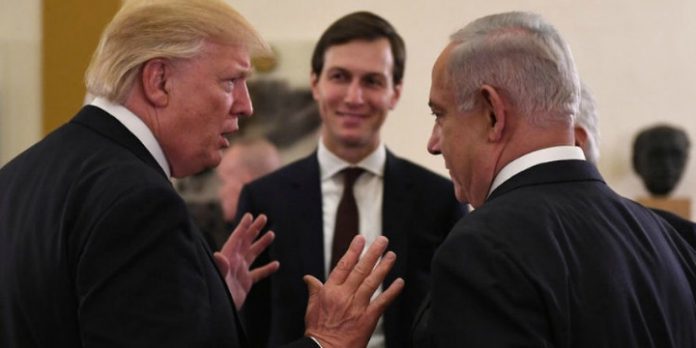 The Trump administration has announced plans to host a regional “economic workshop” as the first stage of its much-anticipated Middle East peace plan, CNN reported on Sunday.

Commenting on the announcement, senior White House adviser Jared Kushner told CNN that “people are letting their grandfathers’ conflict destroy their children’s futures. This will present an exciting, realistic and viable pathway forward that does not currently exist.”

Another “senior administration official” told the network that the effort will attempt to improve the economies of the West Bank and Gaza.

The workshop will be held in Bahrain in late June and will include finance ministers, and international and regional business figures. It will deal with issues of infrastructure, industry, investment, and political and financial reforms. It is reportedly based on previous successful initiatives in Europe and Asia.

Specific issues dealt with in previous failed peace negotiations, such as refugees, Jerusalem, and borders will not be brought up at the workshop.

The unnamed official said, “We recognize that this needs to go hand in hand with the political plan, but this will be the first chance to roll out details of the economic plan.”

“We think this will showcase the potential of the entire region,” he added. “If there’s peace, it will touch on not only the West Bank and Gaza but also Jordan, Lebanon, Israel, and Egypt. The economies will become integrated.”