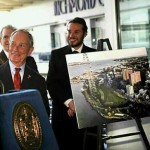 The original developer of the New York Wheel claims his partners are trying to take him for a ride.

Meir Laufer, who chairs the wheel’s board of directors, says he’s being sidelined from his own project and discriminated against by the project’s other investors, who allegedly say his Chassidic image is bad for business.

In papers filed in November in New York State Supreme Court, Laufer claims that investors, including the Feil Organization, investment czar Richard Marin, BLDG Management’s Lloyd Goldman and jeans mogul Joseph Nakash, keep excluding him from investment and management decisions and colluded to improperly dilute his stake in the wheel by restructuring the corporate entity that controls the project.

Laufer attributes the treatment at least in part to his background. 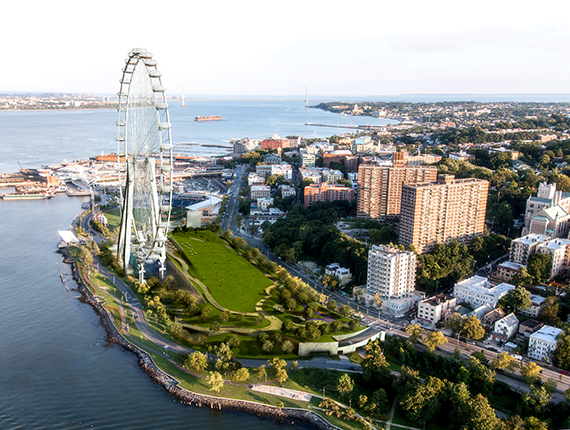 “Because of his Hasidic garb and ethnic appearance, Laufer was treated differently than other investors and board members,” legal documents Laufer filed in response to a July suit from the investors state. “Marin was even so bold as to tell Laufer that, in order to attract investors, the project could not have ‘more than one board member from your ‘community.’”

He further claims he was removed from press releases, excluded from project updates and even prohibited from speaking publicly about the wheel.

On top of the alleged discrimination, Laufer also claims that his stake in the project has been slashed because of a string of bad financial decisions by the board.

None of the investors in the wheel immediately responded to requests for comment.

When the wheel’s operating agreement was originally drawn up in 2012, Laufer had a 33 percent stake in the partnership that operated the project, according to the court papers. Wheel Estate LLC, an entity held by Feil, Goldman and Nakash, invested $7 million for a 51 percent stake; Marin, the president of the board, took an 8 percent stake; Eric Kaufman, the project’s CFO, had a 4 percent cut.

But because of what he claims were several unnecessary capital calls to the board over the course of a few years, his stake has been cut.

Since June 2013, the board has opted to raise an additional $20 million from board members, rather than raising outside capital, Laufer claims, and since his pockets weren’t as deep as his fellow investors’, he hasn’t been able to meet contribution demands. In August, Wheel Estate LLC asked a judge to approve reducing Laufer’s stake to just 11.08 percent, he claims.

He is now arguing that the capital calls were improper, since the project wasn’t in financial difficulty or experiencing any shortfall at the time – a prerequisite for a capital call. At the time, he claims, he had advocated for raising outside capital instead.

According to court papers, it was Laufer who initially suggested seeking capital from EB-5 investors but was told that Goldman did not want to take money from the Chinese.

He claims those transactions are technically null and void, since they required unanimous board approval and he was not in attendance when the votes were cast. He’s asking a judge to rule that the dilution of his interests was not valid or, at the very least, was miscalculated.

Laufer’s Plaza Capital Management was the first to express interest in the project prior to a request for proposals from the city in 2012. He also brought on Starneth B.V., the company behind the London Eye, as a consultant.

He previously spoke about his aspirations for the wheel and what they meant for the Chassidic community, saying: “Even if you look and dress like a Chassidishe person, that should not prevent you from dreaming big. Nothing should be beyond your perceived capability.”

Meanwhile, the wheel’s developers are projecting first-year pre-tax revenues of a whopping $127.85 million in 2017, as The Real Deal reported Monday. Those projections, if met, would make the wheel more lucrative than the Empire State Building’s famed observatory deck, which took in $111.5 million in revenue last year.

See more at: THE REAL DEAL