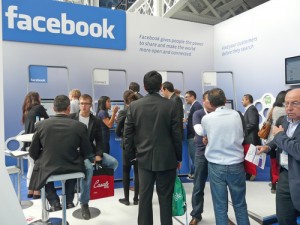 After Micah Lakin Avni’s father, Richard Lakin, was shot in the head and stabbed several times by Palestinian terrorists from eastern Jerusalem while he was riding on a public bus in Jerusalem’s Armon Hanatziv neighborhood three weeks ago, Richard (who later died) became a viral hit on social media, though hardly in a positive way.

“Hours after he was shot and stabbed, a video re-enactment of the attack was posted online celebrating the gruesome incident, and calling on more young Palestinians to go out and murder Jews,” Avni wrote in an editorial for the New York Times this week. On Facebook, one of the terrorists who attacked his father “was a regular…where he had already posted a ‘will for any martyr,’” he wrote.

At the end of October, Shurat HaDin – Israel Law Center submitted a lawsuit against Facebook in a New York court, signed by 20,000 Israelis who claim that Facebook has facilitated pages and posts that incite violence against Israelis, particularly in the midst of an ongoing Palestinian terror wave against Jewish Israelis.

Shurat HaDin, which works to fight terrorism on the legal front, recruited thousands of Israeli signatories via a petition titled Suing Facebook – Disconnecting Terror,” and has asked the court to issue an injunction against Facebook to remove the inciting pages, monitor the methods of incitement and block them, and hold the social networking giant responsible for allowing terrorists on its network.

“Facebook has the means to research and monitor every word that appears on its website. It cannot be that entire pages on Facebook are devoted to incitement to murder Jews and that terrorists are permitted to publish posts that become popular among their friends and encourage them to kill. It is absurd that Facebook is being transformed into a tool for supporting incitement and attacks against Jews, and we intend to put an end to it,” Shurat HaDin said.

When contacted by JNS.org for comment, a Facebook spokesperson responded, “We want people to feel safe when using Facebook. There is no place for content encouraging violence, direct threats, terrorism, or hate speech on Facebook. As a community of nearly 1.5 billion people, we have a set of Community Standards to help people understand what is allowed on Facebook, and we urge people to use our reporting tools if they find content that they believe violates our standards so we can investigate and take swift action.”

According to Facebook’s community standards, the social network reviews “reports of threatening language to identify serious threats of harm to public and personal safety,” and removes “credible threats of physical harm to individuals.”

“We may consider things like a person’s physical location or public visibility in determining whether a threat is credible. We may assume credibility of any threats to people living in violent and unstable regions,” the social media giant states.

Facebook also states that it doesn’t allow any organizations on its network that are engaged in terrorist activity, and that the social network removes content “that expresses support” for such groups.

But in one recent case, Facebook initially refused to remove a page calling for the stabbing of Israelis, claiming the page was compliant with its community standards.

The page, titled “Stab Israelis,” called for “a campaign to support the Palestinian people including the stabbing of Israelis,” and although Israeli social media users complained that the page was inciting violence, Facebook would not remove the page until the Israeli newspaper of Yedioth Ahronoth called out the platform on the decision.

As another example, Shurat HaDin cited the case of 19-year-old terrorist Muhannad Halabi, who wrote on his Facebook page, “I want to become a martyr,” prior to carrying out a fatal stabbing attack the following day.

According to prominent constitutional law attorney Nathan Lewin, while in his view the constitutional and legal protections for freedom of expression do cover dissemination of information by Facebook and other social networks, “these networks can be held responsible for incitement to violence within constitutional standards.”

In the two aforementioned cases, the choice by Facebook not to remove or to delay the removal of content inciting anti-Israel violence was “a wrong decision,” said Lewin.

“Whether or not it qualifies as legal ‘incitement’ or a court might deem it speech protected by the First Amendment, a responsible speaker should not distribute instructions on how to commit assault or murder or the self-justification of a murderer that will encourage others to emulate him,” Lewin told JNS.org.

Such cases on Facebook, however, are not a new phenomenon in the Israeli-Palestinian conflict. In July 2014, during Israel’s war with Hamas in Gaza, Facebook users complained about pages inciting violence against Israel or Zionists.

In these cases, Facebook spokesman Matt Steinfeld told the Washington Examiner that “language attacking a country is not considered hate speech in our community standards. If the content devolves into direct attacks on people or groups, that would violate the hate speech policy.”

According to Facebook, dedicated teams work 24 hours a day and seven days a week to address such reports, including the Safety team, the Hate and Harassment team, the Access team, and the Abusive Content team.

“Content that violates our Community Standards is removed. However there are situations in which something does not violate our terms, but the person still may want it removed,” Facebook states in its guidelines.

But even though Facebook largely relies on users reporting such content, in reality “the number of reports does not have an impact on whether something violates our policies or whether it’s removed,” Steinfeld told the Examiner.

The Committee for Accuracy in Middle East Reporting in America (CAMERA) has documented a number of other such cases on Facebook, not only by individuals but also by official groups. According to Dexter Van Zile, a CAMERA media analyst, the simple fact that the news agency of the terror group Hamas has a Facebook account is “intolerable.”

“The page was deleted for a while, but now it’s back up with 4.3 million followers. That represents a significant number of eyeballs that Facebook can tout to its advertisers. Other terror groups have official Facebook pages as well. So what we have is a Western media company allowing anti-Western terrorists to use its platform,” Van Zile told JNS.org.

“These companies benefit from freedom and stability afforded to them by the Western countries in which they operate, and yet they provide a platform to terror groups that seek to undermine these countries. There is something seriously wrong with this picture,” he added.

Palestinian Media Watch has also documented such incitement to violence on Facebook by the Palestinian Fatah faction. For example, a photo posted on Fatah’s official Facebook page Oct. 27 showed a keffiyeh-masked man holding a stone, with the wording “for the blood of our martyrs (shahids) that has watered the precious soil of the homeland from north to south. For Jerusalem and the Al-Aqsa mosque. For our courageous prisoners. For our precious homeland Palestine.”

Moreover, CAMERA has received information from users about the existence of at least one closed group on Facebook calling to “liberate Al-Aqsa from the impurity of the Jews,” some of whose members are listed as Facebook employees. When contacted by JNS.org regarding two of the group’s members listing themselves as Facebook employees, the Facebook spokesperson denied that the social network has employed either of the members.

Back in 2014, Facebook’s Steinfeld also told the Washington Examiner that Facebook’s community standards allow the posting of “criticism of institutions (countries being a primary example, but it also includes topics of important social and political debate like government authorities, religions, etc.).”

Yet in a recent incident, Facebook allegedly chose to remove an editorial posted on the Facebook page of the The Algemeiner by French philosopher and pro-Israel activist Bernard-Henri Lévy, in which he wrote about Facebook being used as a tool by radical Islamists.

CAMERA’s Van Zile, whose group first alerted The Algemeiner about the removal, believes that “somebody made a decision to prevent the broadcast of the Bernard-Henri Lévy article on Facebook’s platform. Not only did they delete the article from users’ profiles, they made it so you could not share the article from The Algemeiner’s webpage.”

Van Zile said that even though “after an outcry, [the post] was restored…it’s very troublesome. Palestinian terror groups have their own Facebook pages which are not deleted, but The Algemeiner can’t broadcast its material?”

CAMERA staff members also allege suspicious activities regarding their own Facebook page. They suspect that someone outside of their organization may be altering the settings of CAMERA’s Facebook page, particularly when it comes to advertising. This suspicion is not directed necessarily at Facebook as a whole, but rather against individual employees or inadequate management within the network’s corporate hierarchy.

According to CAMERA, Facebook has not yet responded to Van Zile’s letter. The Facebook spokesperson who responded to the inquiry by JNS.org would not comment on the letter.

Lewin believes that unlike incitement to violence, Facebook should “not suppress or eradicate any political speech” such the editorial by Lévy.

“I have no idea what defenses Facebook will assert, but the filing of the [Shurat HaDin] lawsuit should encourage it to act responsibly,” he said.