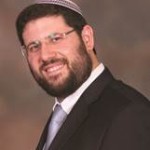 During a recent visit to New York I stayed with friends in Manhattan. Having visited with them numerous times, the doorman in their building knows me. One morning as I was leaving for the day, it was clear he wanted to say something more than “Have a nice day.” I stopped.

What began as a simple question gave me pause to reflect on where we – all of Am Yisrael – are headed in 5775.

His question: “Why is Israel so aggressive to the Palestinians?”

My response included a gallery of pictures from my iPhone. Pictures and videos showing the amount of ammunition Hamas had in Gaza. Pictures of tunnels that begin under a kitchen sink. Body bags that are moving because the “victims” are still alive. Palestinians shooting rockets at Israel with children standing right next to them, and much more.

I explained that Israel tries its best not to target civilians but as the pictures and videos demonstrate, it is not easy when Hamas terrorists shoot while surrounded by children. He was touched but more than anything he felt deceived.

“They don’t show us any of this on CNN or any of the other news channels here,” he said. He asked me to forward the pictures so he could show them to friends who are Moslem and/or pro-Palestinian.

Later in the day he sent me a text message. “Thanks a lot for changing the way we American people see your world. Our media only shows us the bad and blames Israel. My humble apologies.”

During the afternoon I kept thinking about the fact that here is a non-Jewish American whose main news sources are CNN and Fox News. All he sees is how terrible Israel is.

This summer’s Operation Protective Edge created a disturbing phenomenon. In addition to outright anti-Semitism, it often resulted in a situation where Jewish people who support Israel felt uncomfortable. All it took was a 15 minute conversation and photo gallery for a very good man to see the truth.

What this innocent exchange taught me is that a worthy goal for the New Year is to become ambassadors for Israel. Speak the truth with those special people you see every day but may think differently than you do.

If we do this, together we can create an outburst of grass roots activism. Self-starting initiatives. Volunteering in Israel and abroad. In social media and in person. Start by learning the facts from Israeli websites including the IDF.

It deserves as least as much time as CNN and Fox News.