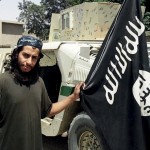 Like all democracies, we stand with our friends in America and France during these tragic times. Israel owes a special debt of gratitude to these great countries, which were our earliest supporters from the moment that we declared our independence in 1948.

After the tragic attacks in Paris and San Bernardino, we are fully committed to fight shoulder-to-shoulder with our allies in this common battle against Islamic terrorism. Israel’s security and intelligence forces are already working closely with their US and French counterparts in a variety of ways, and we fully support President Obama and President François Hollande in the military action against ISIS targets.

First, intelligence capabilities must be improved. Attacks like these cannot be allowed to take place in major Western cities. No country should be waiting for an attack, but rather ensuring that eyes and ears on the ground enable security services to apprehend potential terrorists before they attack.

Good intelligence allows the authorities not to focus only on the terrorists who perpetrate the attack. By diligently mapping out the many tentacles of these organizations’ security, police and legal authorities can provide long-lasting blows to the terrorists.

This means cutting off funding to terrorists, apprehending the heads of the organizations instead of lowly foot soldiers and stopping hateful incitement breeding another generation of terrorists.

Second, security authorities must profile. I realize this is politically incorrect, but let’s not be naïve — it works. There’s no reason to spend the same time and resources investigating an 85-year-old grandmother who lived in Paris her whole life as is spent examining a young student who emigrated from Syria.

Finally, Western societies as a whole must change their mindset when it comes to personal security. Israelis have long ago grown accustomed to having their bags checked at the entrance of all public venues, from soccer stadiums to their local neighborhood café to their local supermarket.

We obviously prefer these measures weren’t necessary, but we know that for now, this is the price we must pay to ensure our safety and security. There’s no reason that terrorists should succeed in entering a concert hall armed with automatic weapons. This should be unacceptable to security authorities in all countries.

As Prime Minister Benjamin Netanyahu noted in his reaction to the terrorist attacks in Paris, “terrorism is the deliberate and systematic targeting of civilians.” This means that we must find the delicate balance between ensuring that the terrorists don’t fundamentally alter our way of life and that we don’t abandon the core responsibility of the state to protect its citizens.

Now is the time to come together, avoid the tendency to blame ourselves and commit all of our vast resources to winning this war against evil. That is the only way we can ensure that our children will still live in societies worthy of our gallant defense.

Danny Danon is Israel’s permanent representative to the United Nations.