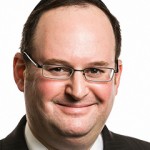 “The Paroches of the Aron Kodesh (Curtain of the Holy Ark) will feature Batman or Superman, and some portraits of NFL greats will adorn the walls of our new shul, which will cater to the local Baby Boomer population”, explained the congregation’s president. “But we can’t do that! It is too untraditional”, replied the chairman of the building committee. “Where does it state so in the Shulchan Aruch?” “Umm; not sure. I guess you’ve got a point. But it just doesn’t feel right.” “Look, we’re not bringing anything lewd into the shul – we’ll stick with traditional players like Bart Starr, Terry Bradshaw and Roger Staubach – no OJ stuff – and Superman and Batman are as clean-cut as they come. Synagogue decoration is all just based on common custom and preference, and the appealing reasons to move forward with this project clearly override the flimsy reasons against it.”

The shul’s president seems to have a good argument on the merits. Images that convey Truth, Justice and the American Way, as well as heroism, humility (Clark Kent, Bruce Wayne and Dick Grayson never took an ounce of credit for their superhero work), good sportsmanship and fair play would seem to be desirable, praiseworthy and so “Jewish”. Nothing in the Gemara or in codified Halacha specifies that a shul must be adorned exclusively with overtly Judaic images, so what’s the matter?

Never for a moment would any shul be decorated as suggested above; the very idea is ridiculous, intolerable and sacrilegious. Why is this?

The answer is one word: Mesorah (Tradition). The Jewish People have a tradition as to how a shul should and must look. This tradition is not formally codified, save for a few scant aspects of it, yet we would irregardless never veer from this Mesorah.

What makes something Mesorah? What indicates whether a practice is Mesorah or whether it is mere changeable custom?

The answer to the second question is more evident. When a practice has been firmly in place for a long time, and there is no tradition of alternative practices relating to the specific matter at hand – and there is no clear, pragmatic reason as to why the time-honored, uniform practice applied only to a specific scenario and would not logically apply any more – we are faced with a practice that bears the signs of Mesorah. Thus, whether a shul’s floor is carpeted or tiled is obviously not an issue of Mesorah, but the general nature and appropriateness of a shul’s ornamentation are manifestations of Mesorah.

However, this is pretty imprecise. The truth is that precision can only be found by returning to our first question: What makes something Mesorah?

Mesorah reflects enduring and traditional practices that are based on solid halachic and/or hashkafic (ideological and attitudinal) considerations, when such considerations are not formally codified or patently evident. In the case of synagogue ornamentation, the synagogue is classified as a Mikdash Me’at, a “Miniature Beis Ha-Mikdash” (Holy Temple), and, as such, must reflect the highest degree of holiness and dignity. Anything that hints at Kalus Rosh (secular levity or amusement) is disallowed. This tradition and sentiment, which is based on halachic and hashkafic concepts yet is not codified specifically in terms of the actual adornment of the synagogue, forms the Mesorah as to the appropriate physical decor of a shul (and precludes introducing superhero or sports themes, as appealing and “Jewish” as they may seem).

Certain piyutim (hymns) are recited on Rosh Hashanah and Yom Kippur in a very odd manner: the chazzan recites the first half of each stanza, and the tzibbur recites the second half of the stanza as well as the first half of the succeeding stanza, such that neither the chazzan nor the tzibbur ends up reciting complete stanzas at each interval, but instead recites fragments. The most well-known case of this is the piyut Ha’ochez B’yad Midas Mishpat, in which the summarizing”V’chol Ma’aminim” refrain seems to be recited totally out of place, as it is recited as the commencement of a new responsive statement rather than as the completion of the immediately previous statement. Why? It seems so strange. Since it is not written anywhere to do this, and the practice appears to be incorrect, should it not be pointed out as an error and corrected?

No. Rav Yosef B. Soloveitchik zt”l of RIETS explained (please see pp. 79-81 here) that this piyut (and others in that context) are purposefully recited in such a manner, such that the chazzan and tzibbur each recites partial stanzas and prompts the other to complete the stanzas, mimicking the malachim (angels), who praise God through Amirah V’aniyah, responsive prompting of each other to complete the praise of God, each one authorizing the other to commence or finish another line of praise. Hence does the Kedushah prayer consist of prompts, such as “L’umasam ‘Baruch’ yomeru” and so forth. B’nei Yisroel (the Jewish People) mimic the prayer of the malachim in the piyutim recited in the context of Kedushah, and thus are these piyutim recited in this special (otherwise apparently odd) fashion. This unique system of recital and symbolism are not codified, yet they are important and eminently meaningful age-old practices – practices of Mesorah.

Rav Soloveitchik explained that every traditional Jewish practice has a deeply rooted source and is thus innately significant and cannot be jettisoned. Although taken at face value and subject to technical halachic scrutiny, a shockingly large number of our observances could be dismissed and discarded due to lack of apparently compelling source or halachic mandate, to do so is to assault the very notion of Mesorah, which is at the core of Torah practice and of how mitzvos are to be approached. One may claim that a certain practice from time immemorial should be reconsidered or overturned, as it does not have halachic basis and has no perceptible Mesorah element – yet to do so reflects great hubris, as the very concept of Mesorah is traditional practice which has firm roots yet was never codified, remaining largely hidden and elusive to most of us, save for those few outstanding chachmei ha-dor (preeminent Torah scholars of the generation) who can discern and elucidate the concealed and whose grasp of Torah transcends the revealed and conspicuously stated.

Semicha for women is a case in point. While foremost poskim (halachic decisors) have ruled and articulated their reasons that women cannot be rabbis, some (whose Torah knowledge comes nowhere close to those poskim) have questioned the ruling and the reasons and have challenged the notion of a Mesorah that women cannot be rabbis. Aside from the dubious value and propriety of a position that is in conflict with the unanimous ruling of top-tier halachic authorities, to assert that there is no clear Mesorah against women serving as rabbis misses the point. It is akin to a person claiming that there must be no birds in a given tree, as the person has not seen a nest there nor heard chirping therefrom. But that is the problem: Mesorah relates to that which is beyond our local perception, which lacks codification, which is nearly inscrutable and is not at all apparent to one standing on ground level. Inability to discern Mesorah does not negate its existence. Mesorah remains in practice and in force through tradition; Halacha has accepted and embraced Mesorah as part and parcel of the binding Torah system. (Please see here, here, here, and here.)

Our Mesorah is that women are not ordained as rabbis. There is no tradition to the alternative, and to assert that no Mesorah exists on the matter requires a near-omniscient understanding of this eternal practice and its background, so as to rule out any and all unknown material considerations behind the practice, such that it can be declassified from the category of Mesorah. The reasons expressed by the preeminent poskim who have addressed the issue of semicha for women and ruled it out of bounds may very well form the basis for the Mesorah that women are not ordained as rabbis. It is meaningless to argue against the Mesorah character of this practice, even if the reasons given for it do not personally resonate, for such is not the applicable yardstick to measure and determine what is or is not Mesorah.

Mesorah demands humility, as it informs us that there is much more beneath the surface and behind the scenes, and that we dare not dismiss and discard that which we cannot readily perceive due to our natural human limitations.

Let us embrace traditional Torah practice and do our utmost to understand its ins and outs, so that we may be able to appreciate why that which is “in” defines that which is “out.”