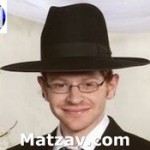 Before the body of Aharon Sofer was found, Allison Kaplan Sommer wrote a pointed article for Haaretz questioning why, in Israel, the media basically ignored the disappearance of Aharon.

“It remains a mystery why it is still absent from the Israeli mainstream,” Sommer wrote yesterday. “It is extremely rare – almost unheard of – for a news story in Israel to grab major newspaper headlines and TV broadcast time in the United States – and yet be totally non-existent when it comes to the Israeli media. But that is precisely the case when it comes to a missing young man named Aaron Soffer… Not only is Soffer himself nowhere to be found – but news of his disappearance is completely missing from the mainstream Israeli landscape.”

Sommer wondered if this was because he wasn’t Israeli, because he is “ultra-Orthodox,” or because the local media is solely focused on the war in Gaza and other unrest in the region.

“Nobody seems to have a clear answer,” Sommer wrote. “But whatever the reason, by Wednesday, the story had been plastered all over the New York, New Jersey, and Pennsylvania region in every possible publication and even garnered some attention in the national media – with pieces on Fox News, USA Today, and an AP story that ran in The Huffington Post.

“But in Israel, the only outlets that have been covering Soffer’s disappearance and the search for him are religious publications and English-language media. As a result, the major international news outlets based in Israel haven’t focused on the story either.”

Sommer offered a half-hearted “dan lekaf zechus“: “If one gives the Israeli media the benefit of the doubt, the fact that the story is being ignored is due to the dramatic crescendo and (hopefully) the end of the Gaza conflict after 50 long days of fighting, death and destruction and new worries along Israel’s border.”

But Sommer said that it is precisely the fact that Aharon was missing during such a volatile time that should have created far more concern regarding his fate.

All the efforts on behalf of Aharon, and virtually all the news coverage, she points out, took place in English – in the U.S., Israel or both – and did not cross over into the Israeli mainstream, an observation made at Matzav.com headquarters as well, as writers wondered when the non-chareidi Hebrew Israeli news outlets would pick up on the story.

“The key question,” Sommer said yesterday before we know what we know now, “is whether this is merely a media failing or a lack of attention that reflects – and could result in – a less than vigorous effort on the part of Israeli authorities to uncover what has happened to him. His family seems to be walking a fine line between trying not to alienate those who are helping them and pushing them to do more.”

Indeed, the family did a truly commendable job in a terrible circumstance. They were truly grateful and respectful in every instance. They made a true kiddush Hashem.

But many questions about the media coverage in Israel and efforts by Israeli officials linger.

Assemblyman Dov Hikind himself made a similar point at the press conference on Tuesday in Lakewood, NJ. “Not enough was done from the very beginning,” said Hikind. “Not enough attention was paid to the disappearance of Aaron. So I want to say to the Israeli government: treat Aaron as if he were an Israeli soldier missing. Because we know what the Israeli government does when an Israeli soldier goes missing – every resource in the world is put into it.”

“The media can really affect people’s response,” Sommer quoted public relations consultant and social media activist Laura Ben-David as saying. Referring to the first two days following his disappearance, she said: “By not putting it out there, people either didn’t know, or didn’t understand, how urgent this was. I’ve heard from a number of people that they automatically discounted it when they only saw it in the chareidi press. And I am not anti-chareidi at all… I simply don’t hold much stock in news that the mainstream media doesn’t report on.”

The mystery of why the saga of the disappearance of Aharon Sofer meant nothing to the Israeli mainstream – and its media – remains.