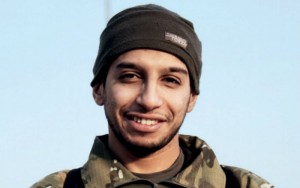 Western allies had reportedly montiored and sought to kill the ISIS operative suspected of planning the Paris attacks in an airstrike, but security officials couldn’t locate him in the weeks leading up to the tragedy, the Wall Street Journal reported on Monday.

Citing two Western security officials, WSJ reported that Belgian citizen Abdelhamid Abaaoud, the suspected “mastermind” behind the attacks, had been under surveillance in Syria as a part of a campaign to track down and kill ISIS militants involved with recruiting westerners.

Officials were unaware of the Paris plot when they sought to kill Abaaoud by airstrike, the officials said.

Abaaoud, who was convicted in abstentia of recruiting jihadists in Brussels earlier this year, was the suspected architect of several planned attacks in Europe. Read more at the Wall Street Journal.