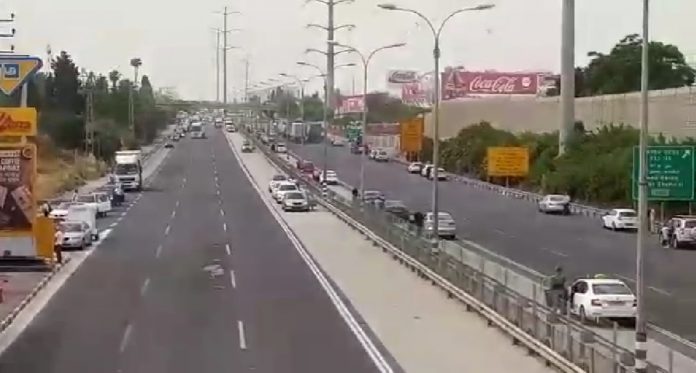 As they do every year on Holocaust Remembrance Day, Israelis across the country stood at silent attention on Thursday morning as sirens wailed.

On Wednesday evening, as Holocaust Remembrance Day began, Israeli Prime Minister Benjamin Netanyahu and Israeli President Reuven Rivlin were on hand at the Hall of Remembrance at Yad Vashem in Jerusalem to lay a wreath in memory of the 6 million Jews murdered by the Nazis during World War II.

The day is marked by educational programs at schools and public institutions, and commemorative ceremonies at army bases and throughout the country, including at the Yad Vashem memorial for the Warsaw Ghetto Uprising. At the Knesset, the names of Holocaust victims are recited throughout the day.

Memorial events feature the lighting of candles, the playing of somber songs on the radio, and the testimonies of Holocaust survivors and their descendants. Programming on popular channels focuses on the Holocaust.

At the Yad Vashem event, Netanyahu said the Jewish people “will not present its neck for the slaughter in the face of threats of destruction.”

He noted the threat of the Iranian regime and said anti-Semitism in the guise of anti-Zionism is one of the chief threats to the Jews and the Jewish state today.

“The extreme right, the extreme left and extremist Islam agree on one thing only: on hatred of the Jews,” he said. “This hatred is expressed in despicable attacks on worshippers at synagogues, as took place a few days ago in San Diego and before that in Pittsburgh; in the desecration of Jewish cemeteries and in the publication of caricatures and articles dripping with hate, even in newspapers considered respectable.

“To those who wish us ill, I say in this of all places: We have returned to the historical stage, to the forefront of the stage. We’ve defeated our enemies before and, God willing, we’ll beat you too.”