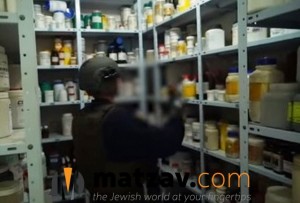 The IDF has shared a video of troops raiding a Hamas lab in East Jerusalem used for creating explosives for attacks on Israel.

The Shin Bet uncovered a large Hamas terror cell, among whose members were Israeli citizens, which planned to carry out suicide bombings and other terror attacks in Israel, the security service revealed on Wednesday.

The Shin Bet, alongside the IDF and Israel Police, have thus far arrested 25 Hamas operatives, the majority of them Al-Quds University in Abu Dis students, who they suspect were preparing to attack Israeli targets, the agency said in a statement. The arrests were carried out over the past few weeks.

The service also uncovered a makeshift laboratory in Abu Dis, in east Jerusalem, which was being used to create the explosives necessary for bombing attacks. It said the cell was controlled by Hamas leadership in the Gaza Strip.

“This case reveals and highlights again the involvement of the military arm of Hamas from the Gaza Strip, which operates continuously with the intent of carrying out mass-casualty attacks within Israel and the West Bank,” the Shin Bet said. Read more here. 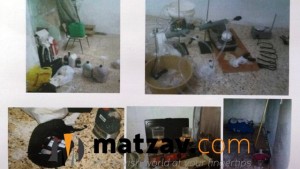 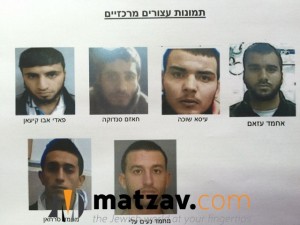