This past Thursday night, I attended the annual Vhaarev Na “Simchas HaTorah.” The Vhaarev Na program, the brainchild of Rabbi Dovid Newman, is not merely a learning program but a lifestyle, where bochurim learn and then chazer again and again until they “own” the gemara.

I watched 1200 bochurim gather into the hall to begin a three hour retzufos seder with tremendous hasmada. This was the first day of Bein Hazmanim, following a six month winter zman, yet the atmosphere was like that of the first day of the zman. I took a quick glance at what my tablemates were learning. One set of chavrusos were chazering Masechtas Succah, another were about to complete Taanis for the eighth time. Through this unparalleled, otherworldly Kol Torah they succeeded in creating a kiddush Hashem of epic proportions.

The kiddush Hashem began at the entrance.  Posters stating “Disconnect – In Order to Connect” encouraging the bochurim to turn off their phones, greeted them as they entered. Imagine over 1000 teenage boys and not one boy on his cell phone. It felt closer to being in the great Yeshiva of Volozhin in the 1800’s than in Monsey in 2019.

As the seder ended, Harav Yissocher Frand rose to address the crowd.  “I have been in Yeshiva for 56 years and have seen thousands of bochurim,” he said. “The ones who are successful are not the ones with the most kishron but the ones with the greatest ratzon.”  The room was full of those who, through persistent chazara, have developed that great ratzon.

Then came the highlight. The misaymim, those who had mastered an entire masechta, were asked to come up to make a joint siyum. Hundreds of boys surged forward, each glowing with pride.  The Y’hei Shmei Raba literally shook the walls.

Then came the dancing. Bochurim from 35 different yeshivos and backgrounds all held hands, dancing together with overflowing simchas haTorah. A band member commented that he’d played at weddings for 10 years but never before had he witnessed a crowd in which everyone, without  exception, were all part of the dancing. But Rabbi Newman wasn’t surprised. “Have you ever seen the Chosson stand on the sidelines? Tonight, everyone here is the chosson. Of course they’re all dancing!”

As we sat down to a lavish dinner, Rabbi Avrohom Mordechai Newman, MC for the evening,  introduced his brother by comparing Vhaarev Na to a fire that is spreading rapidly and creating a passion for learning in the hearts and minds of thousands of today’s bochurim.  Rabbi Dovid Newman began his remarks by welcoming each of the 35 yeshivos by name, making each one feel special and appreciated.  “The greatest display of simchas haTorah and chashivus haTorah is 1200 bochurim dancing with such a bren for the sake of Torah, without a drop of alcohol, showing themselves and Avinu shebashamayim what really makes us high,” he exclaimed.

Rabbi Mordechai Wolmark, Rosh Hayeshiva of Yeshiva Sharei Torah where Vhaarev Na originated ten years ago, then shared a powerful message. Mastery over Shas seems so far and distant. But Vhaarev Na enables you to be “koneh” a masechta. Once you are “koneh” one masechta, Shas is well within reach.

We were then honored to hear from one of today’s greatest askonim, a man who carries the financial achrayus of klal Yisroel on his shoulders, R’ Shlomo Yehuda Rechnitz. He shared  a lesson of everlasting profundity. “I wish I would have a way to convey and convince you that a blatt Gemara is more enjoyable than any pleasure in this world!” Coming from an individual who has tremendous economic success made the relevance of his message speak volumes. His moving words shared with such passion, pierced the hearts of the bochurim, all well aware of the material pleasures this world has to offer. R’ Shlomo Yehuda then presented two gifts to the bochurim. The first was a brand new song which he composed in honor of the event to the words of “Kulanu Yodei Sh’mecha.” The second was an offer to leather-bind every bochur’s well-worn gemara, according it the honor it so rightly deserves.

A number of bochurim also addressed the crowd. They spoke passionately of their own personal experience with “Vhaarev Na,” how it transformed their lives and infused it with simchas haTorah. Their ideas were thematic. Before Vhaarev Na, learning was challenging, even bitter. Vhaarev Na introduced them to a world where Torah learning could be not only sweet, but the very essence of who they are. One bochur described chazara as the royal spice which allows access to the true sweetness that lies within the Torah. Some described how they find themselves thinking in learning while exercising, or even in bed while dreaming!

What made this event particularly unique was the

kabbalos for the “day after.” Each bochur received a kabbalah card to fill out; how many blatt or hours they were pledging to learn over bein hazmanim. Incredibly, over a 1,000 cards were given in!

The final part of the evening was an uplifting kumzitz. The bonds that were created through Torah were now strengthened through song. Rabbi Chaim Nosson Segal’s message thundered through the hall. In the past I have referred  to you as the heroes and royalty of Klal Yisroel, tonight

I say “You are the heartbeat of Klal Yisroel”!

On April 11, 2019 twelve hundred bochurim, from all across the world gathered to celebrate the incredible feeling that comes from chazering, clarity and ownership. As they learned, sang, and danced, the outside world, its challenges and temptations, were reduced to absolute irrelevance. And up in Shamayim, Hashem was surely smiling upon His precious children, Chazu Chazu bonai chavivai…. 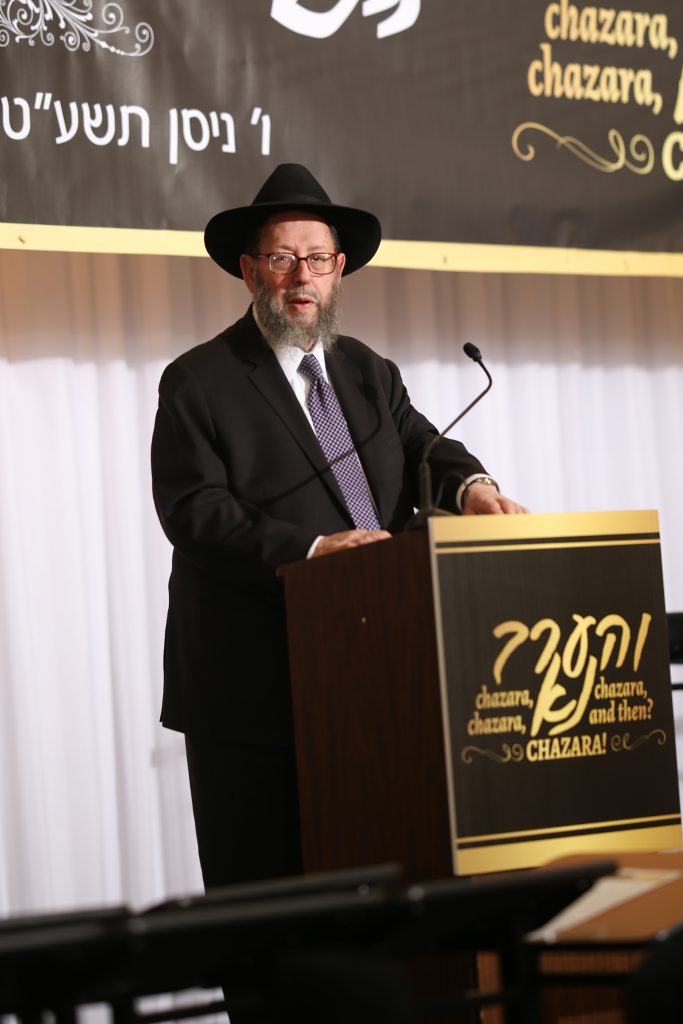 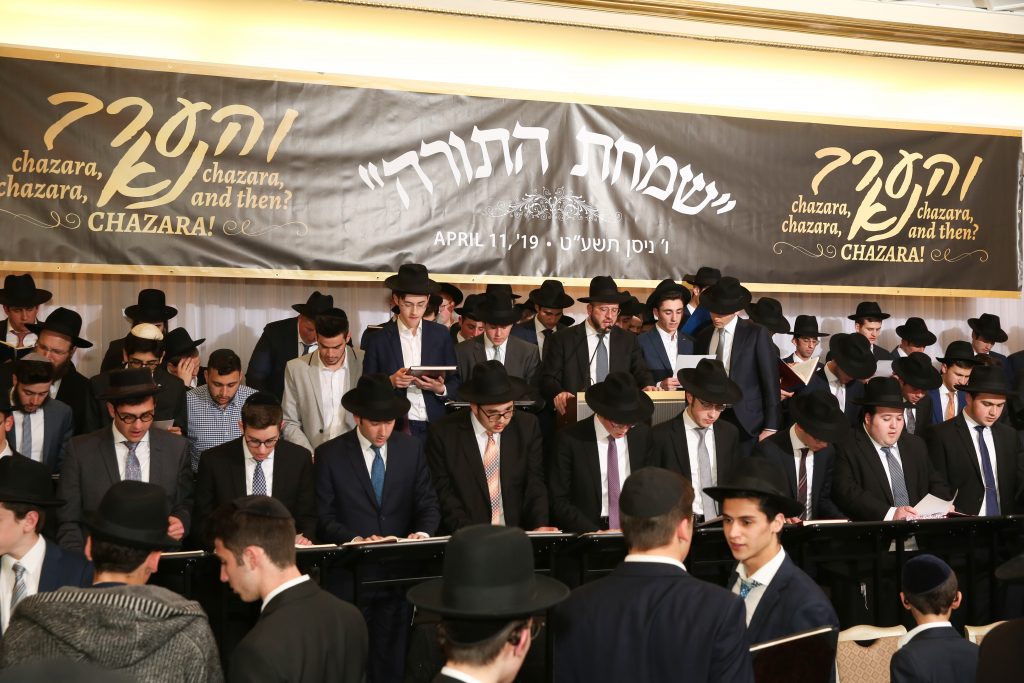 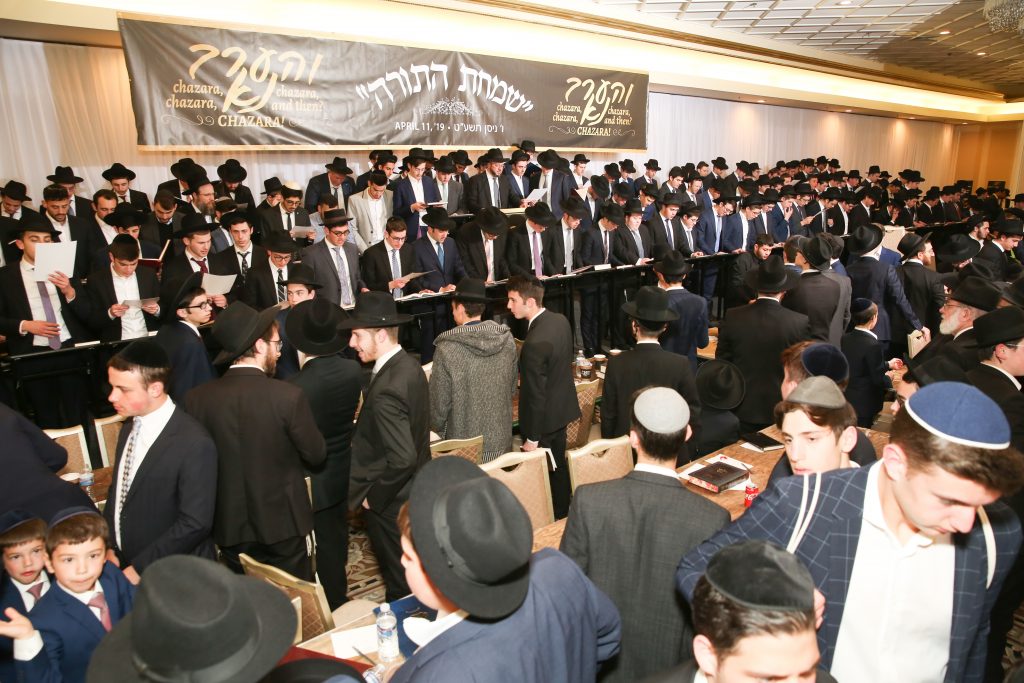 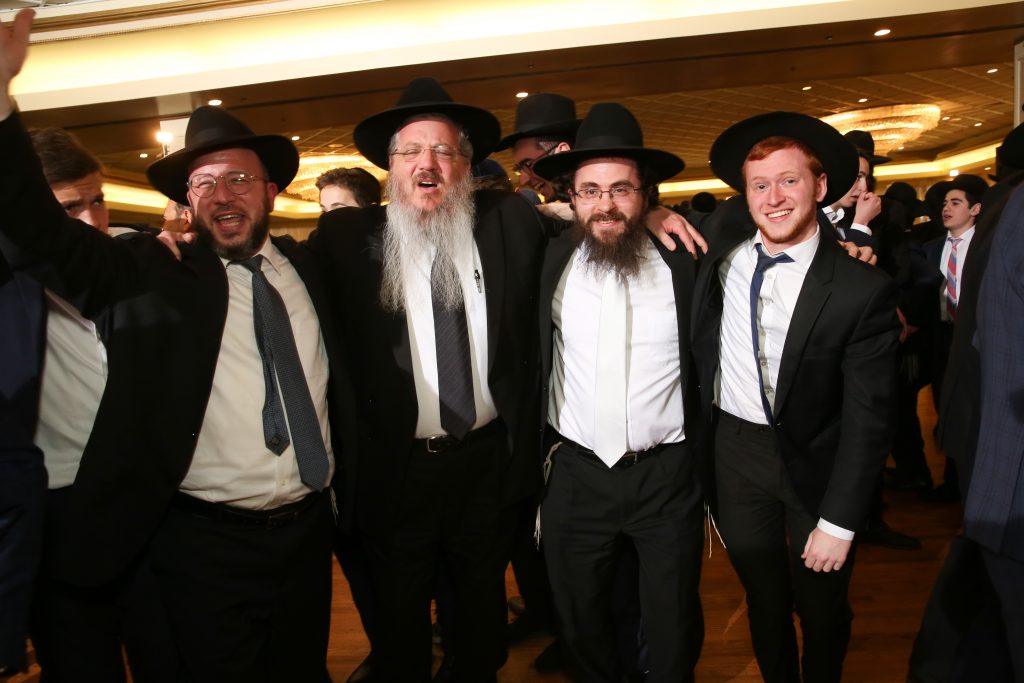 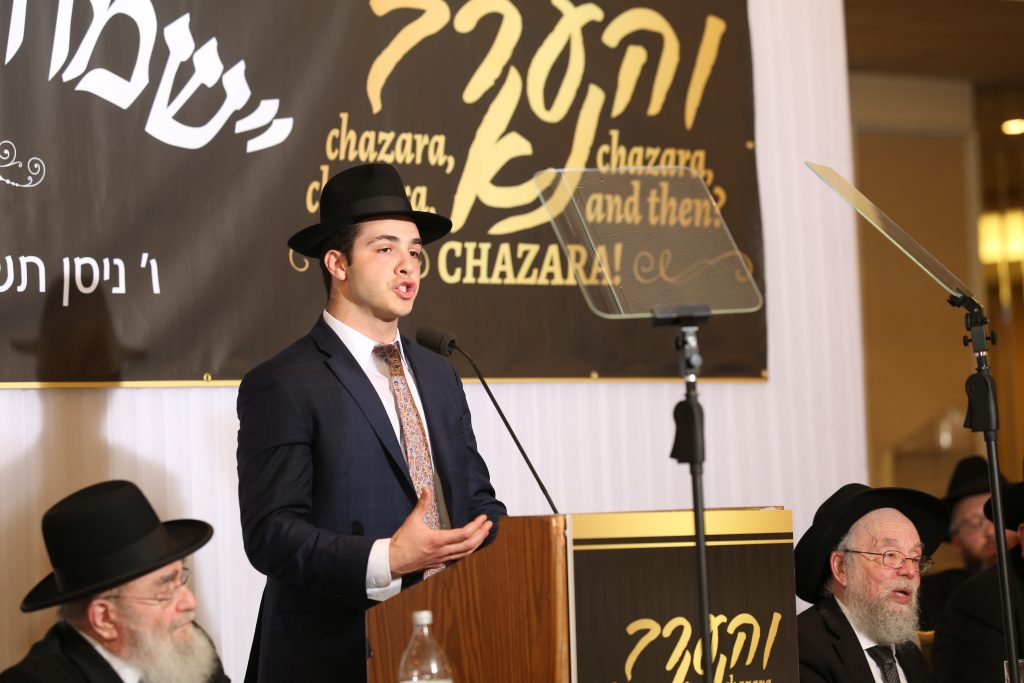 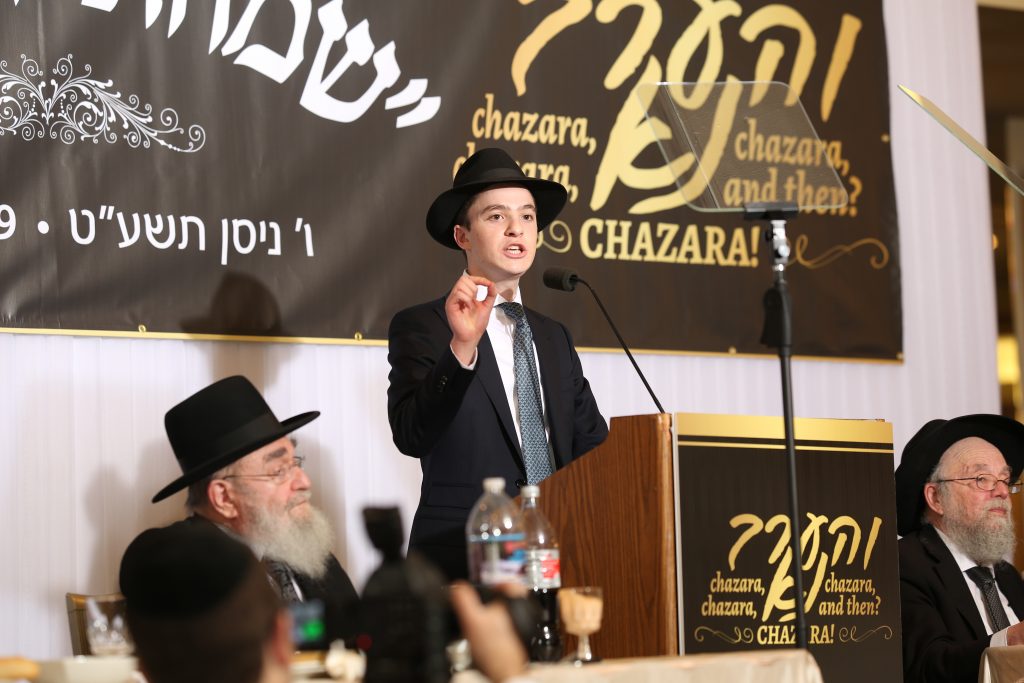 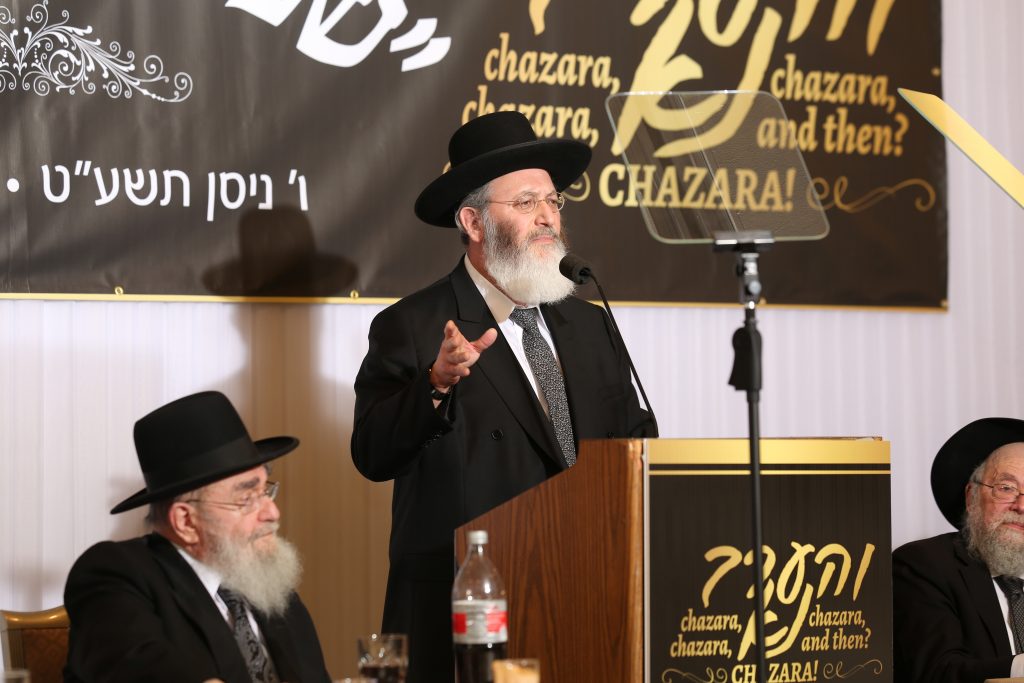 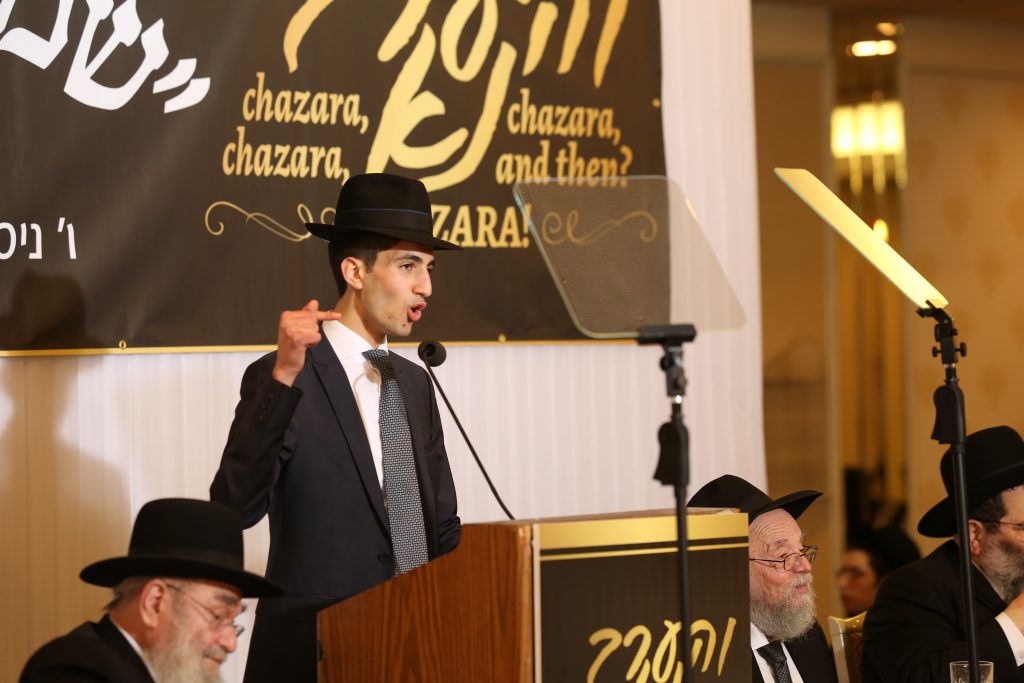 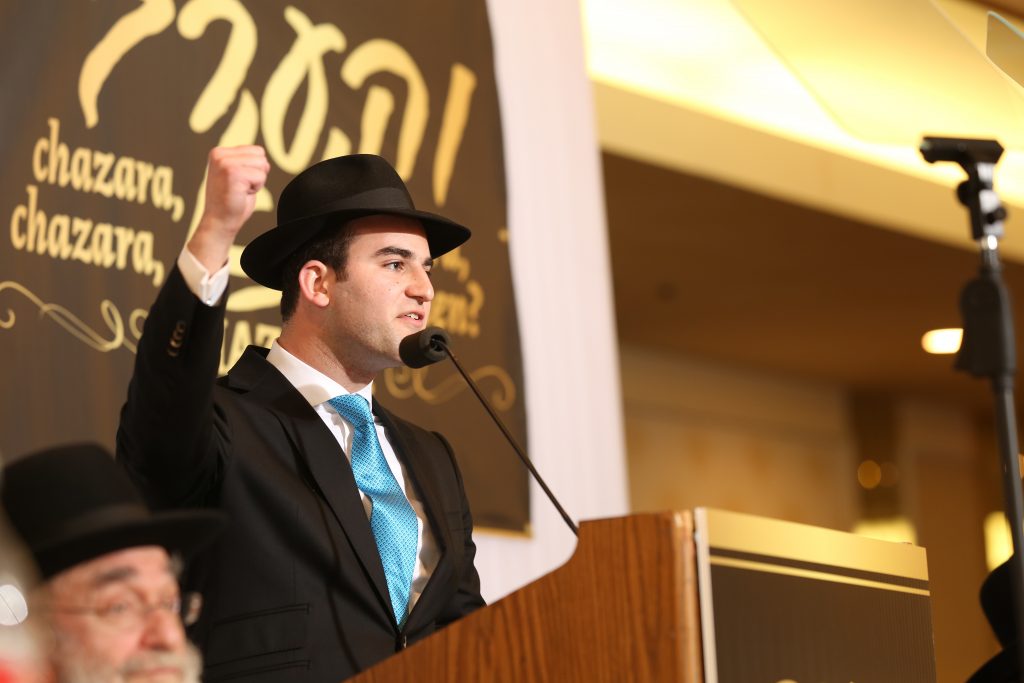 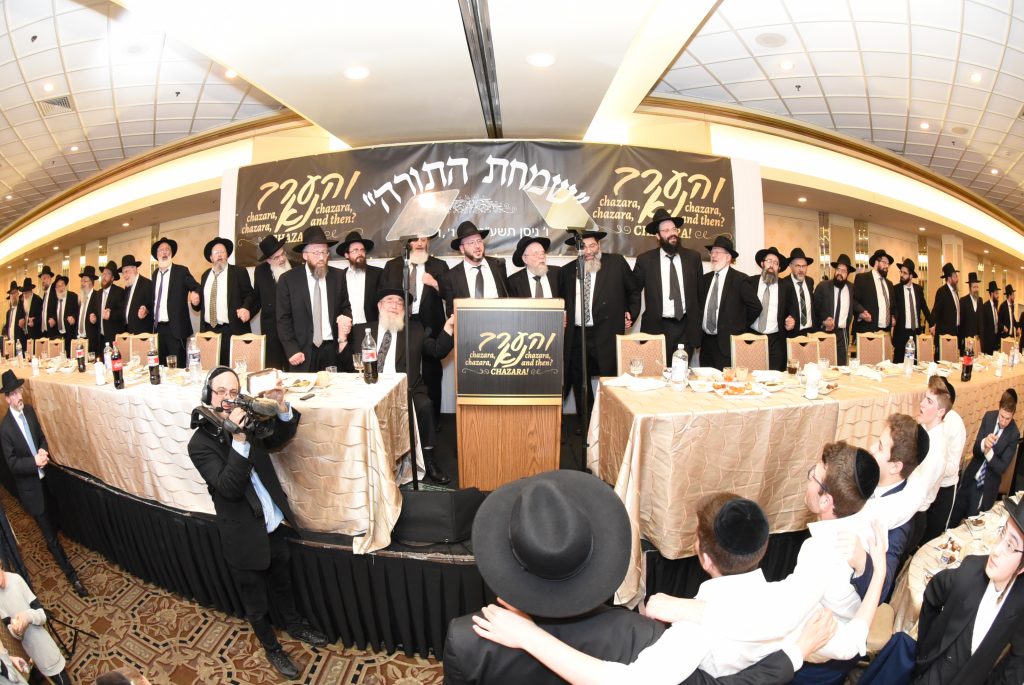 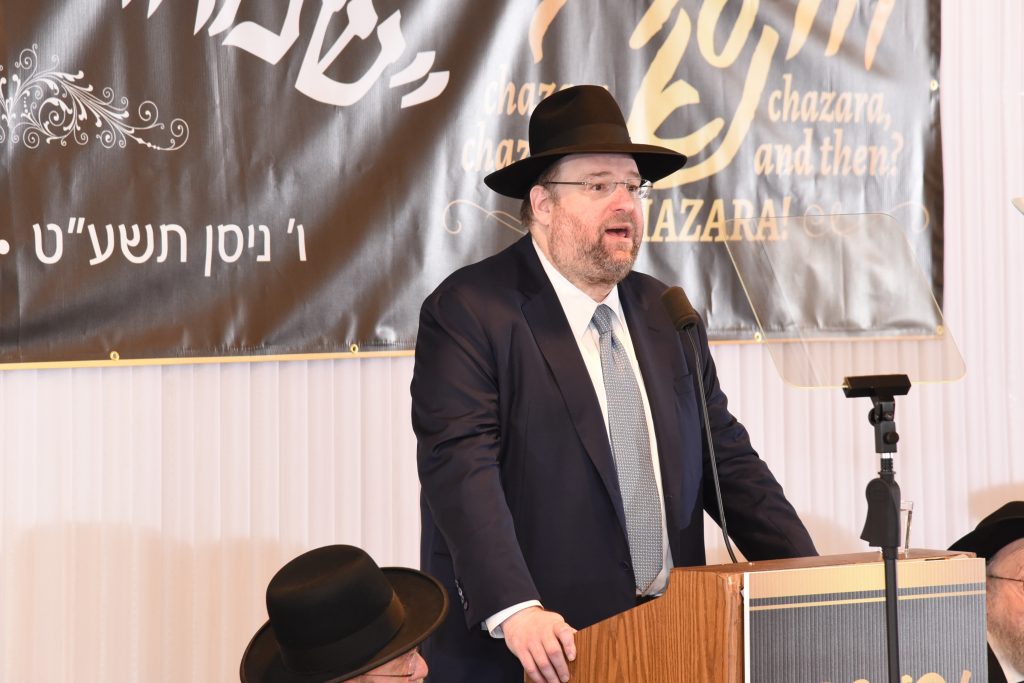 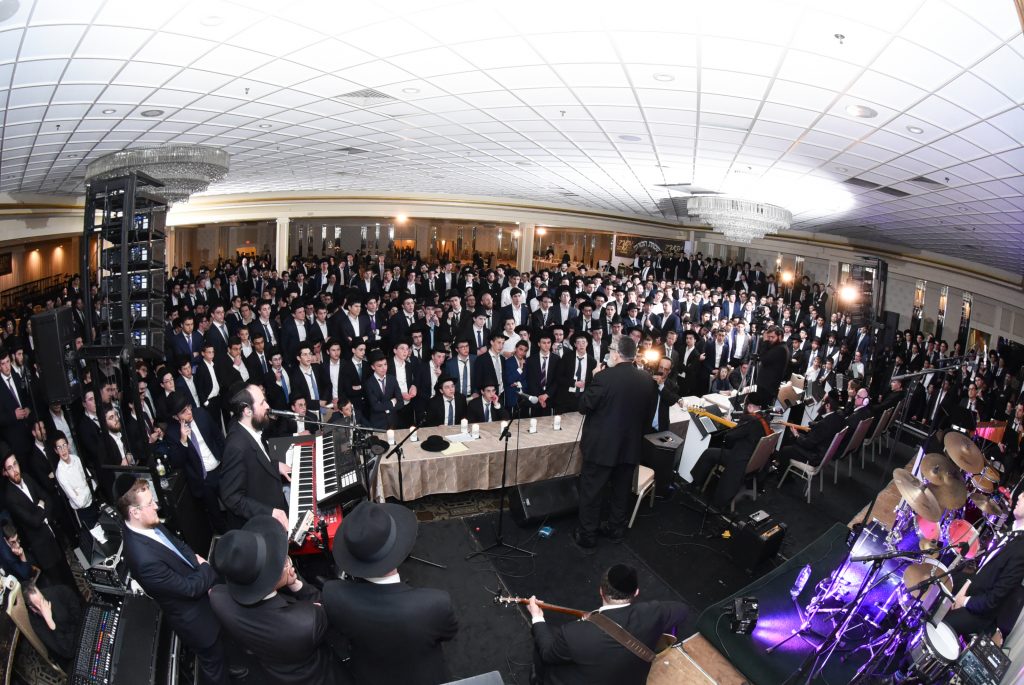 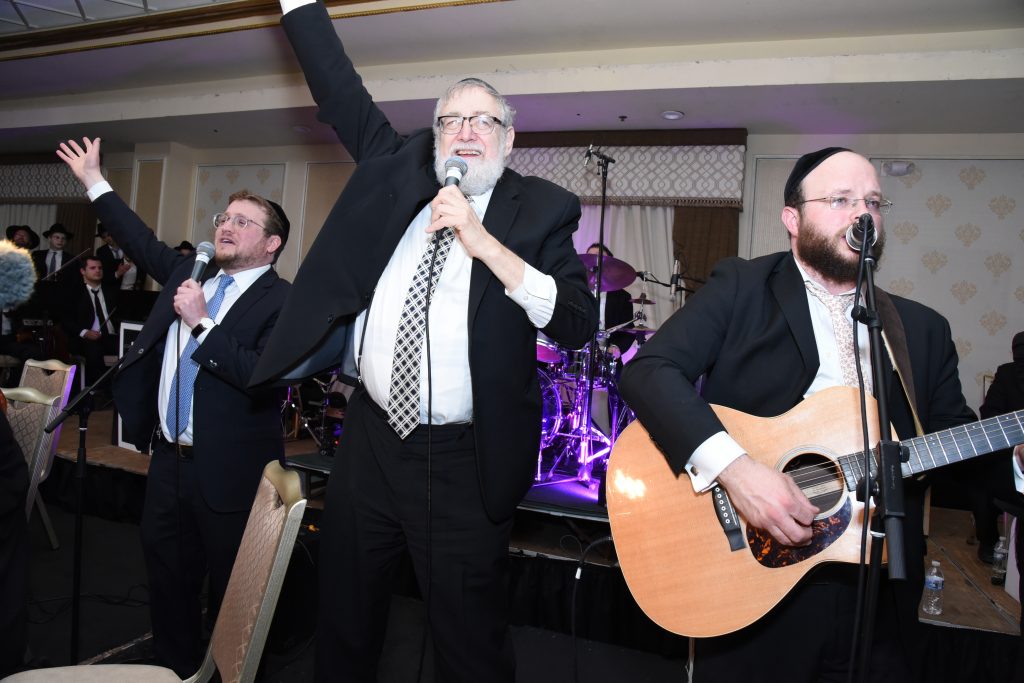 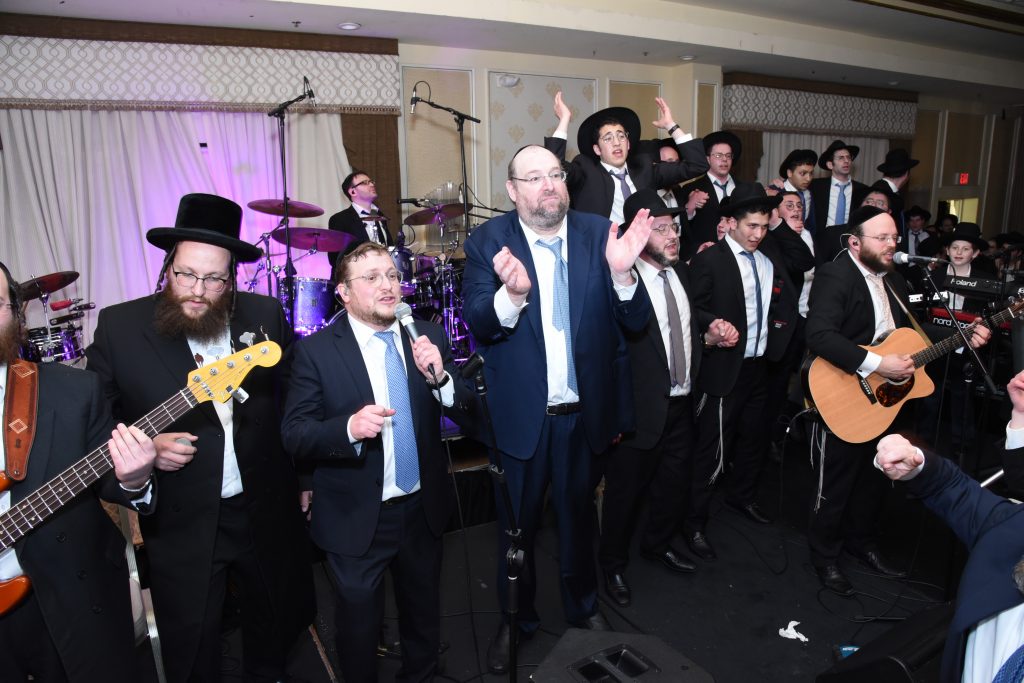