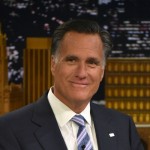 Fearing one of the two current front-runners, Donald Trump and Ben Carson, might actually hang on to win the GOP nomination, some top Republicans are in panic mode, beginning to think of drafting Mitt Romney as their presidential nominee, The Washington Post reports.

Trump, the billionaire businessman, and Carson, the retired neurosurgeon, are drawing support for their outsider status and lack of political background, but party elites fear that their ideas won’t play as well with general election voters likely to face Democrat Hillary Clinton, who has been on the national political stage since the early 1990s as first lady, U.S. senator from New York and as President Barack Obama’s secretary of state.

And that could hurt the party downticket, even threatening to turn the Senate back over to the Democrats, many fear.

Megadonor Charles Koch and others are so far sitting out of the race, perhaps waiting for one of the more conventional candidates to emerge as the front-runner.

In this year of the outsider, typical surges by nontraditional candidates don’t apply, the Post notes. Instead, Trump has sat atop the field since shortly after announcing his campaign in June, and he’s been able to effectively swat down every attack against him.

Special: Demi Cheated on for Looking Too Old – See Her Revenge Makeover
Should either be taken down, their base might not align with a traditional candidate, but simply not vote, the Post observes.

Romney has insisted he will not run, but that hasn’t stopped his friends from drawing up a strategy for him to pick up delegates in a late entry and make a move during a convention fight, the Post quotes insiders.

Former New Jersey Gov. Thomas Kean said many people he talks to have a “Pollyanna-ish” hope that Trump and Carson will fade.

“Then we’ll talk some more and I give them a reality check,” he said. “I’ll say, ‘The guy in the grocery store likes Trump, so does the guy who cuts my hair. They’re probably going to stick with him. Who knows if this ends?'”

“I’m not a happy camper,” said Peter A. Wish, a member of Romney’s 2012 National Finance Committee. “Hopefully somebody will emerge who will be able to do the job,” he said. “I’m very worried that the Republican-base voter is more motivated by anger, distrust of D.C. and politicians and will throw away the opportunity to nominate a candidate with proven experience that can win.”

Electability isn’t the only concern.

“We’re potentially careening down this road of nominating somebody who frankly isn’t fit to be president in terms of the basic ability and temperament to do the job,” one strategist told the Post. “It’s not just that it could be somebody Hillary could destroy electorally, but what if Hillary hits a banana peel and this person becomes president?”

“This business has turned into show business,” said former Ohio Sen. George Voinovich, a John Kasich supporter. “We can’t afford to have somebody sitting in the White House who doesn’t have governing experience and the gravitas to move this country ahead.”