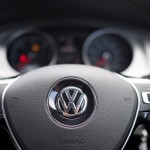 Volkswagen announced Thursday that it is investigating whether more cars were affected by its emissions-cheating software.

The automaker previously claimed some 11 million cars had the rogue device.

Now, it is investigating whether an older model may have also been affected, but would not disclose how many vehicles that might include. Read more at The New York Times.