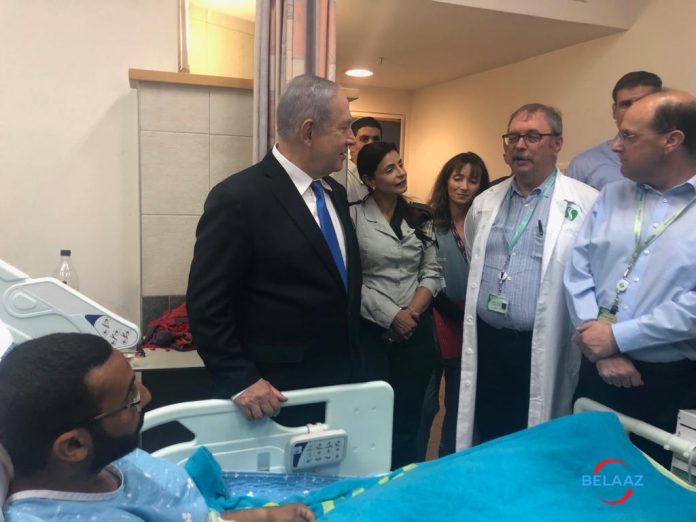 Israeli Prime Minister Benjamin Netanyahu visited wounded soldiers at a hospital in southern Israel on Monday after a weekend of hostilities, where the Israeli leader said that the “rules of the game” have changed in the Gaza Strip.

“In the last two days, we resumed the policy of eliminating senior terrorists. We killed dozens of Hamas and Islamic Jihad terrorists, and knocked down terrorist buildings,” Netanayhu said while visiting the Israel Defense Forces Southern Command, pushing back against criticism that he has not done enough to end rocket attacks from the Gaza Strip.

“We have changed the rules of the game, and Hamas understands this very well,” he said. “However, it is clear that this is not the end of the campaign and, therefore, I have instructed to prepare for continuation. I have also instructed that armor and artillery forces remain around the Gaza Strip.

“I want to commend the residents of the south for their steadfast resilience, and the soldiers and commanders of the IDF for their resolute action,” he said.

Palestinian terror groups launched as many as 700 rockets at Israel, which killed four Israeli civilians.

At the same time, Israel conducted more than 300 strikes from the air and land at terrorist targets in Gaza, including the targeted assassination of a Hamas field commander Hamed al-Khodari, who the IDF said owned a number of money-exchanges in Gaza that brought in Iranian cash.