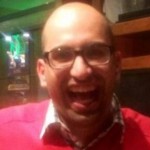 Virginia Tech professor Steven Salaita, who according to his VT faculty page, “writes and teaches in the areas of American literature, ethnic studies, Indigenous Studies, and critical theory,” took to Twitter on Tuesday to liken Israel to the radical Islamist terror group ISIS:

Israel, functioning as America’s closest ally in the Middle East, is currently battling the radical terrorist group Hamas and attempting to eliminate their terror infrastructure in the Gaza strip. ISIS, short for the Islamic State of Iraq and Syria has terrorized the Middle East and recently declared a calaphate in parts of Iraq and Syria. On Tuesday, NBC News reported that the group told shop owners in Mosul “to cover the faces of male and female mannequins, apparently in line with strict interpretations of Shariah law that forbid statues or artwork depicting the human form.”

Salaita has a checkered history with regards to anti-Semitism and is a staunch supporter of the anti-Semitism Boycott, Divestment and Sanctions movement against Israel. His interests include “Palestine. Native America. BDS. Decolonization. Indigenous Studies,” according to his Twitter profile.

His most recent book is titled Israel’s Dead Soul in which he “argues that endowing nation-states with souls is a dangerous phenomenon because it privileges institutions and corporations rather than human beings,” according to an Amazon.com description.