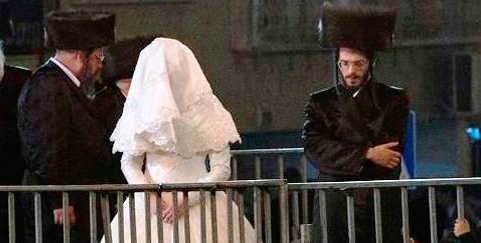 [Videos and photos below.] Thousands were in attendance this evening for the wedding of a grandson of the Belzer Rebbe, Rav Yissochor Dov Rokeach, in Yerushalayim.

70 years after the Belzer dynasty was virtually decimated by the Holocaust, Belzer chassidim celebrated the marriage of the current Rebbe’s grandson, the oldest son of the Rebbe’s only son, Rav Aharon Mordechai Rokeach.

The chosson, Sholom Rokeach, is named after the Sar Shalom, the first admor of Belz. The eighteen-year-old  chosson is often referred to as the “yoreish,” as he is the successor to the Belzer dynasty, with his father being the only son of the current admor and he being the oldest son of his father.

The kallah is Basya Paneth, a daughter of Rav Yechiel Meir Paneth, R”M in the Nadvorna Yeshiva of Bnei Brak.

The kallah is a granddaughter of Rav Aharon Dovid Paneth of the Ezras Torah neighborhood of Yerushalayim.

The chosson is also a great-grandson of the Vizhnitzer Rebbe of Bnei Brak, the Yeshuas Moshe zt”l, the Belzer Rebbe’s father-in-law, who passed away last year.

The kabbolas ponim commenced at 4:30 p.m. Attendees at the wedding came from around the globe and streets around Kiryas Belz, Yerushalayim were closed from this morning. During the chupah, additional streets were closed.

After the chupah, the men gathered at a special simcha ohel erected for the occasion, with each person having received a color-coded ticket and directed to enter through a specific entrance.

The women gathered for the seudah at Binyonei Ha’uma, whose various halls were designated for different guests.

A multi-level dais in the simcha ohel was filled with admorim and rabbonim. Among the gedolei Torah who attended were Chacham Ovadiah Yosef, the Gerrer Rebbe, Rav Shmuel Auerbach, the two Vizhnitzer Rebbes, the Slonimer Rebbe and others.