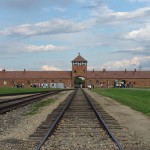 The Vatican has joined 30 other nations in contributing to the historical preservation of Auschwitz, the notorious Nazi death camp in Poland.

The Vatican said it will donate $127,000 to the Auschwitz-Birkenau Foundation, which seeks to raise $152 million to help preserve the remains of Auschwitz.

“Considering the significance of the goal of the Foundation and the support it received from the Polish government, the decision to send support in the amount of 100 thousand Euro has been taken. This sum is so modest due to the limited possibilities. However, this is an expression of full support for the project of the Auschwitz-Birkenau Foundation,” Cardinal Pietro Parolin, the Vatican’s secretary of state, wrote in a letter to the Auschwitz-Birkenau Foundation.

Earlier this year, Argentinian Rabbi Abraham Skorka, a close friend of Pope Francis, said the pontiff plans to open the Vatican’s archives on the Holocaust to provide greater transparency on the role of Pope Pius XII and the Catholic Church during World War II.