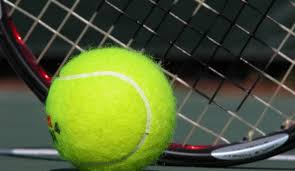 Jewish leaders are calling on U.S. Attorney General Eric Holder to investigate the U.S. Tennis Association, which said that a team of Orthodox Jews must play on Shabbos or forfeit their title shot.

Members of a Long Beach, Long Island tennis team were forced to file a lawsuit in Manhattan Federal Court because they felt discriminated against when the USTA informed them that not playing on Shabbos would cause them to forfeit. Nine of the 12 team members are frum.

The USTA said in a statement: “We assure you that there is no discriminatory intent behind the scheduling decisions,”

“I want to express my utter disgust with the U.S. Tennis Association,” said Assemblyman Dov Hikind (D-Brooklyn). “This is the 21st Century. What happened to being culturally sensitive, especially here in New York? Everyone in the Tri-State area knows what Shabbos means. They know that for Orthodox Jews, it’s not a choice. The U.S. Tennis Association may claim that there is no discriminatory intent on their part but the result is pure, unadulterated discrimination.”