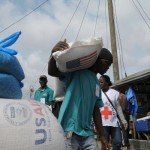 The U.S. will step up efforts to combat the Ebola crisis that’s ravaging West Africa. Today, President Obama will announce a plan to send 3,000 U.S. military personnel to the region in an effort to rein in the highly contagious virus.

The U.S. aims to build 17 new health-care facilities with 100 beds each and train as many as 500 health-care workers a week. It also plans to establish a joint command based in Monrovia, the capital of Liberia, to coordinate U.S. and international efforts.

A source told the AP that it would take about two weeks to get U.S. personnel set up in the region; he added that the Pentagon has already asked Congress to redirect some of the $500 million for overseas contingency operations to the West Africa efforts. The Ebola virus has so far claimed the lives of more than 2,200 people. Read more at The Atlanta Journal-Constitution.