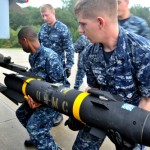 The United States has resumed the transfer of Hellfire precision surface-to-air missiles to Israel following a summertime controversy over America’s implementation of increased oversight of arms transfers to the Jewish state.

The Times of Israel reported that the U.S. has already supplied some of the missiles Israel had previously requested over the summer, and that the additional shipments are on the way. Supplies of ammunition used by Israeli tanks, which were also affected by the new review process, have also resumed.

An August report in The Wall Street Journal said that the White House had tightened control on arms transfers to Israel amid the summer war against Hamas, leading to a significant strain in relations between the close allies. According to that report, the U.S. decision may have been spurred by the discovery that the Israel Defense Forces had secured American munitions transfers by way of military channels, without the express approval of the White House.

“I don’t think we know the facts about this incident, but it occurs against a background of considerable tension between the Obama administration and the government of Israel,” Elliott Abrams, who served as a top national security adviser to President George W. Bush, told JNS.org at the time.