An American professor has become the first Jew to win the King Faisal International Prize in Medicine, popularly known as the “Arab Nobel Prize.” Stanford professor Ronald Levy, who heads the university’s Oncology department, told Haaretz that as an American Jew married to an Israeli it never crossed his mind that he might win the Saudi-financed competition. “I didn’t think there was much chance, and I forgot about it,” Levy said. “It’s an Arab country, and I didn’t think they are likely to pick a Jew.”

After he was informed of his victory, Levy rushed to check the contest Web site, where he found his picture and biography already on the homepage.

The prize committee had posted Levy’s biography exactly as he submitted it, with one glaring exception: the line showing his post-doctoral work at the Weizmann Institute in Rechovot had been deleted.

The prize, which included $200,000, a medal, and a certificate in English and Arabic, also came with a dinner with Saudi King Abdullah. 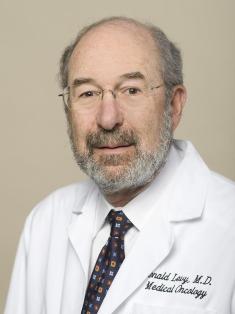 Levy told Haaretz he was certain his wife and daughters would not be able to attend the ceremony, as their passports are full of visas from Israel and his wife and one of his daughters were born in Israel. To his surprise, when he went to the Saudi consulate in Los Angeles, the attendants stamped their passports, and no one asked any questions.

Despite their fears before the trip, Levy said his family was treated to royal hospitality during their entire stay in Saudi Arabia. He said that even when people were aware of his religion and his family’s background, he was treated no different than anyone else. Also, Levy said Saudis were fascinated with hearing what he and other visitors think of their country, and if their expectations were proved wrong or not.

Levy’s victory is the first time in the award’s 30 years that a Jew has won, which Levy says he took as a sign that Saudi Arabia is becoming more open.

Levy won the prize for his part in the development of a drug used in the treatment of many types of cancer that is being widely viewed as revolutionary.