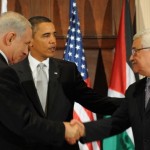 American officials directly involved in the failed Israeli-Palestinian peace process over the last nine months gave a leading Israeli columnist a withering assessment of Prime Minister Bibi Netanyahu’s handling of the negotiations, indicated that Palestinian Authority President Mahmoud Abbas has completely given up on the prospect of a negotiated solution, and warned Israel that the Palestinians will achieve statehood come what may – either via international organizations or through violence.

Speaking on condition of anonymity to Nachum Barnea, a prominent columnist from Israel’s daily Yediot Acharonot, the officials highlighted Netanyahu’s ongoing settlement construction as the issue “largely to blame” for the failure of Secretary of State John Kerry’s July 2013-April 2014 effort to broker a permanent peace accord.

They made plain that President Barack Obama had been prepared to release spy-for-Israel Jonathan Pollard to salvage the talks. And they warned that “the world will not keep tolerating the Israeli occupation.”

Barnea, who described his conversations with the American officials as “the closest thing to an official American version of what happened” in the talks, said the secretary is now deciding whether to wait a few months and try to renew the negotiating effort or to publicize the US’s suggested principles of an agreement.

Detailing how the US sought to solve disputes over the core issues of a two-state solution, Barnea wrote on Friday that, “Using advanced software, the Americans drew a border outline in the West Bank that gives Israel sovereignty over some 80 percent of the settlers that live there today. The remaining 20 percent were meant to evacuate. In Jerusalem, the proposed border is based on Bill Clinton’s plan – Jewish neighborhoods to Israel, Arab neighborhoods to the Palestinians.”

The Americans said they had intended to begin the nine-month negotiating period with an Israeli announcement of a settlement freeze. But this proved impossible, an American official was quoted saying, “because of the current makeup of the Israeli government, so we gave up… We didn’t realize [that] continuing construction allowed ministers in [Netanyahu’s] government to very effectively sabotage the success of the talks. There are a lot of reasons for the peace effort’s failure, but people in Israel shouldn’t ignore the bitter truth: the primary sabotage came from the settlements. The Palestinians don’t believe that Israel really intends to let them found a state when, at the same time, it is building settlements on the territory meant for that state. We’re talking about the announcement of 14,000 housing units, no less. Only now, after talks blew up, did we learn that this is also about expropriating land on a large scale. That does not reconcile with the agreement.

“At this point, it’s very hard to see how the negotiations could be renewed, let alone lead to an agreement,” the Americans continued. “Towards the end, Abbas demanded a three-month freeze on settlement construction. His working assumption was that if an accord is reached, Israel could build along the new border as it pleases. But the Israelis said no.”

The Americans told Barnea that, in contrast to the hitherto unclear reports of whether the US was prepared to release American-Israeli spy Pollard to salvage the talks from collapse in recent weeks, Obama was willing “to prepare for Jonathan Pollard’s release. Such a move wouldn’t have helped his popularity in the American security system… There was a massive effort on our part to pull the wagon out of the deep quicksand it was stuck in. But the reality here hit us hard. Neither side had a sense of urgency. Kerry was the only one who felt a sense of urgency, and that was not enough.”

One bitter American official told Barnea, “I guess we need another intifada to create the circumstances that would allow progress.”

A third intifada, the Americans made clear, “would be a tragedy. The Jewish people are supposed to be smart; it is true that they’re also considered a stubborn nation. You’re supposed to know how to read the map: In the 21st century, the world will not keep tolerating the Israeli occupation. The occupation threatens Israel’s status in the world and threatens Israel as a Jewish state.”