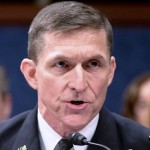 The outgoing chief of the U.S. Defense Intelligence Agency, Lt. Gen. Michael Flynn, said in an interview: “In 2004, there were 21 Islamic terrorist groups spread out in 18 countries. Today, there are 41 Islamic terrorist groups spread out in 24 countries. A lot of these groups have the intention to attack Western interests, to include Western embassies and in some cases Western countries. Some have both the intention and some capability to attack the United States homeland.

“Unfortunately the [al-Qaeda] core ideology and belief system [of perpetual jihad] is spreading, not shrinking. Look at the unbelievably violent videos [of beheadings, executions and the destruction of religious places] coming out of Iraq just in recent days.

“When Bin Laden was killed there was a general sense that maybe this threat would go away. We all had those hopes, including me. But…we kept decapitating the leadership of these groups, and more leaders would just appear from the ranks to take their place. That’s when I realized that decapitation alone was a failed strategy.”

Leave a Reply to Just me Cancel reply