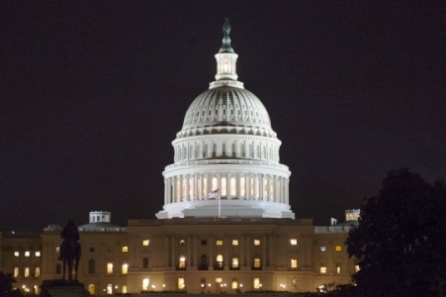 The long-feared government shutdown arrived at midnight after a day of brinkmanship by Republicans who made repeated efforts to undo the new national health plan in a standoff with Senate Democrats and President Obama.

The shutdown began after House Republicans refused to pass a funding measure that does not alter ObamaCare.

The White House’s Office of Management and Budget issued a memo early Tuesday morning that alerted federal agencies to shut down.

“Agencies should now execute plans for an orderly shutdown due to the absence of appropriations,” said the letter from OMB Director Sylvia Burwell.

About 800,000 federal workers were still ordered to go to work today, but only for four hours to perform “shutdown-related” chores. They are banned at the risk of penalty from checking government e-mail and smart phones.

The shutdown also led to the closure of national parks and monuments, including the Statue of Liberty.

“They actually did it,” Obama tweeted a short while ago. “A group of Republicans in the House just forced a government shutdown over ObamaCare instead of passing a real budget.”

Despite the shutdown, ObamaCare will begin being implemented today, and its Web site is still up. Read more.