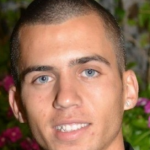 A U.S. official denied a report published by Israel Hayom that the U.S. prevented the FBI from aiding Israel in the search for IDF soldier Oron Shaul, who was initially feared kidnapped during Operation Protective Edge. Shaul was later deemed to be killed in battle.

“There was significant cooperation between the U.S. government and the government of Israel in developing information in support of the search for Corporal Shaul,” the official said. “The FBI did immediately pass useful intelligence information to Israeli authorities related to Corporal Shaul’s social media account which answered the initial Israeli request. The FBI further undertook other investigative efforts pursuant to legal authority as a result of follow on Israeli requests in an attempt to assist our allies in the search for their missing soldier.

Steven Emerson, the report’s author and director of the Investigative Project on Terrorism, said in response, “My source said this explanation lacks any credibility. He reiterated the fact that ‘law enforcement officials directly involved’ were specifically told in writing that permission was withdrawn from the FBI to obtain a court order to present to Facebook to get server information on Shaul’s Facebook page. The FBI was told to ‘stand down’ after previously having been given the green light.”