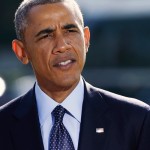 In addition to targeting ISIS, U.S. airstrikes Monday night took aim at the Khorosan Group, an al Qaeda cell filled with well-seasoned operatives. Experts fear that the Khorosan Group may pose as much, if not a greater, threat to the U.S. than ISIS.

The Khorosan Group is headed by al Qaeda leader Muhsin al-Fadhli, who was reportedly so trusted by Osama bin Laden that he was told of al Qaeda’s involvement in the 9/11 attacks on Sept. 11, 2001. Fadhli went on to lead al Qaeda’s branch in Iran before moving to Syria last year, where he led the Al-Nusrah Front. (That group is an al Qaeda affiliate that recently turned on ISIS.)

The Pentagon warned last week that the cell “has established a safe haven in Syria to develop external attacks, construct and test improvised explosive devices, and recruit Westerners to conduct operations.”

Unlike ISIS’s goal of capturing land and resources, the Khorosan Group’s prime aim is to recruit Westerners who are less likely to be detected planting attacks, such as in airports and on planes.