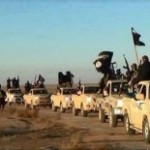 U.S. airstrikes helped Iraqi forces break through to the city of Amerli, which had been blocked by ISIS for months. Since June, ISISI had kept food and aid from entering the Shiite Turkmen village.

The coordinated attacks began last night, according to Iraqi officials. Karim al-Nouri, a high-ranking official in the Shiite-led Badr Brigades, said thousands of troops, including ones from the Iraqi army, began their advance at 7:30 p.m.

It marked the second time this month that the U.S. coordinated airstrikes and humanitarian aid drops to help civilians in Iraq trapped by ISIS. “Amerli has been liberated,” said local politician Mahdi Taqi. “There is so much joy and people are cheering in the streets.”

ISIS still has a strong grip over much of Iraqand has been trying to expand its power through social media. Read more at The Washington Post.