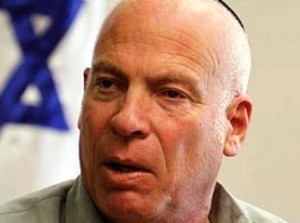 A top Israeli official wants President Barack Obama to stop meddling with the Jewish state during its conflict with Hamas in Gaza. Speaking to Israel’s Army Radio, Housing and Construction Minister Uri Ariel criticized Obama telling Israeli Prime Minister Benjamin Netanyahu that there should be an immediate ceasefire in Gaza.

“Building on Secretary Kerry’s efforts, the President made clear the strategic imperative of instituting an immediate, unconditional humanitarian ceasefire that ends hostilities now and leads to a permanent cessation of hostilities based on the November 2012 ceasefire agreement,” the White House said in a statement, adding that the president reiterated that Israel has a right to defend itself from rocket attacks from Hamas.

“It was obvious that international pressure would mount eventually,” Ariel stated. “We should have acted faster, harder and with more determination. The rocket threat needs to be tackled. The tunnel threat is being addressed, but it is not enough.”

Ariel claimed that the pressure from the White House for an immediate ceasefire was “outrageous” and would “help Hamas,” according to Breitbart News.

“[W]e never thought it would be the Americans who would lead the pressure,” Ariel told Army Radio.