An ELAL flight from New York City to Tel Aviv has been diverted to Canada, making an emergency landing there.

Flight LY08 B744 had left John F. Kennedy International Airport shortly after 1 a.m. ET – over an hour after the scheduled time – and landed two hours later at Canadian Forces Base Goose Bay military airport. Emergency personnel rushed to the aircraft.

A fire in the landing gear was blamed for the emergency landing. Repair crews were said to be working on addressing the problem while the passengers remain on the plane. Passengers were told by plane staff that the outside temperatures were below zero degrees Fahrenheit.

As of 11:30 a.m. ET, the plane remained grounded for hours, and the passengers were told that they cannot disembark from the aircraft. In addition, no meals have been served to the hungry passengers. The plane that will be taking them to Israel has not yet departed from JFK, which is a two hour flight from Goose Bay.

“Everyone is very edgy now,” one passenger told Matzav.com, “but trying to remain calm. It would help if they would serve food, but for some reason, the staff is refusing to do so.”

Among those on the flight on MK Meir Porush and Rav Eliezer Sorotzkin, director of Chinuch Atzmai and Lev L’Achim. Also on board are Rabbi Michoel Levi of Bais Yaakov D’rav Meir in Brooklyn and Rabbi Mordechai Levin of Bais Yaakov Academy of Brooklyn.

Many New Yorkers heading to the annual Agudas Yisroel winter yarchei kallah in Yerushalayim are aboard the aircraft.

Update, 1 p.m. ET: It’s been over ten hours since the plane landed at Goose Bay and there is no end in sight to this saga. The replacement plane is expected to arrive at Goose Bay at about 2:30 p.m. ET.

The plane is carrying the aron of Mrs. Mira (Hager/Cohen) Wein, wife of Rav Berel Wein. The aron is being taken to Yerushalayim for kevurah on Har Hamenuchos.

The pilot told some passengers that he recited Tehillim as he landed the plane.

Passengers describe the El Al staff as kind and courteous, adding that everyone on board has shown great character throughout this ordeal.

Update, 3 p.m. ET: The replacement plane has arrived and El Al staff are working to transfer all luggage to the other aircraft.

All passengers will be directed to walk across the tarmac to the new plane. They have been instructed to bundle up as they exit the warm plane into the frigid Canadian temps.

By transferring the passengers in this fashion and not releasing them earlier, there will be no need for them to go through customs. 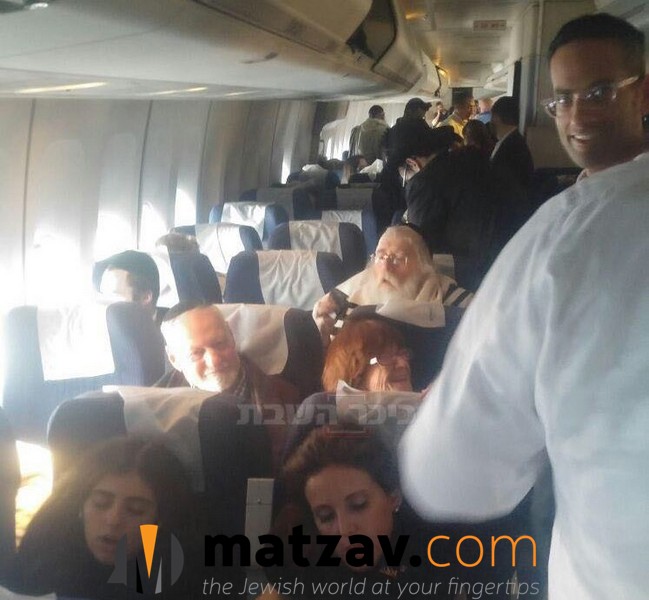 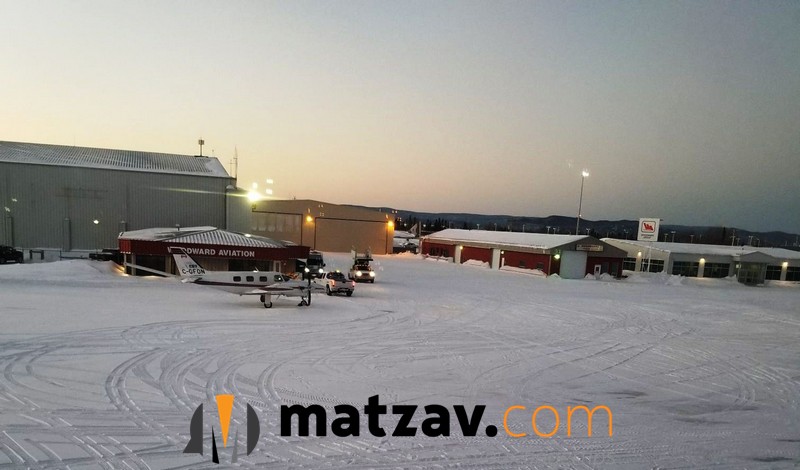 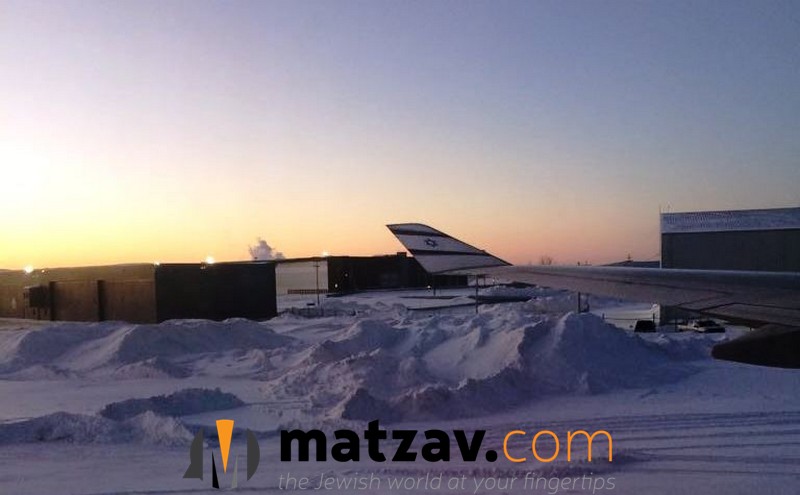