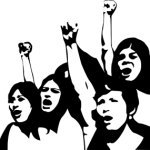 It is unfortunate that Open Orthodox opponents of the new RCA resolution have vilified the resolution and the RCA in the secular Jewish media, issuing a flurry of attacks in The Jewish Week, Forward and elsewhere. The reason that Open Orthodoxy typically turns to the secular media as the venue for attack on positions with which it does not agree is obvious: the readership of these publications is less Jewishly-educated and is hence more easily influenced, and sympathy for critique of tradition is clearly more prevalent among non-Orthodox audiences. To put it very bluntly, Open Orthodoxy preys on people’s ignorance and emotions, and that is why it publishes its objections on religious issues in secular fora.

The following is an article I published in Times of Israel, in which Open Orthodox protest (in the secular Jewish media) to the new RCA resolution is analyzed:

Halacha should be decided by:

If you chose answers a) and b), you are correct. In fact, rulings of master halachic authorities and analysis of controlling halachic texts and precedent have together formed the basis for halachic adjudication for time immemorial, and are classified as such by the original and primary sources of Halacha. If you chose answers c), d) or e), you are incorrect. Or, to put it differently, choosing answers c), d) or e) may be fine and well, but it is not Orthodox.

It is in this vein that we unfortunately need to revisit the issue of rabbinic ordination of women.

The recent Rabbinical Council of America (RCA) resolution against the ordination of women was predicated upon the considered halachic rulings and direct counsel of preeminent halachic authorities, as explained in this article and elsewhere. (Please read the article for insider details about the resolution and the problems with ordaining women.) The resolution reflects classical Orthodoxy/halachic Judaism, which is rooted in submission to Torah authority, even when such authority conflicts with contemporary values of egalitarianism and autonomy. Rabbi Yosef B. Soloveitchik explained that total submission to the yoke of Torah authority and unabashed and unapologetic promulgation of Torah values is the mandate of the Jew, as unpopular as the Torah’s messages and values may be in the eyes of modern society. This is Orthodox Judaism. Rabbi Soloveitchik eloquently explained that Surrender to the Divine Will, as expressed by Halacha, is at the core of our faith and calling.

It is thus with disappointment that some segments around the Orthodox orbit have rejected the RCA’s resolution, and have done so not by turning to halachic authorities greater than those upon whose decisions the resolution rests (the truth is that there are no greater or equal authorities who rule otherwise), but by resorting to extremely non-halachic means. Although the RCA resolution was worded respectfully and factually and is based on clear halachic directives, opponents have resorted to name calling, mud slinging, delegitimizing, satirical/mocking entertainment, popular petition, threats/guilt trips and non-halachic reasoning in an effort to demand halachic recognition of the ordination of women. By taking this matter out of the realm of halachic adjudication and into the world of social media and popular opinion, the supporters of ordination for women have demonstrated beyond a doubt that they have abandoned the halachic process and have hence abandoned Orthodoxy (they have also created a major rift, disingenuously laying the blame for the rift at the door of those who have held the fort and sustained thousands of years of tradition).

Rabbi Soloveitchik, in a famous exposition on the deeper signifance of the Korach Rebellion, explained that Korach sought to change Halacha by departing from the proper approach toward halachic adjudication, in favor of a populist approach that did not submit to preeminent halachic authority and did not respect the system or adhere to its axioms and methodology:

The Oral Law (Halacha) has its own epistemological approach, which can be understood only by a lamdan (advanced Torah scholar) who has mastered its methodology and its abundant material. Just as mathematics is more than a group of equations, and physics is more than a collection of natural laws, so, too, the Halacha is more than a compilation of religious laws. It has its own logos and method of thinking and is an autonomous self-integrated system. The

Halacha need not make common sense any more than mathematics and scientific conceptualized systems need to accommodate themselves to common sense.

When people talk of a meaningful Halacha, of unfreezing the Halacha or of an empirical Halacha, they are basically proposing Korach’s approach. Lacking a knowledge of halachic methodology, which can only be achieved through extensive study, they instead apply common-sense reasoning which is replete with platitudes and clichés. As in Aristotelean physics, they judge phenomena solely from surface appearances and note only the subjective sensations of worshippers. This da’as (simplistic) approach is not tolerated in science, and it should not receive serious credence in Halacha. Such judgments are pseudo-statements, lacking sophistication about depth relationships and meanings. (1973 shiur (lecture) at RCA convention; The Rav: Thinking Aloud – Sefer Bamidbar, pp. 127-148. And seehere.)

The Moetzes Gedolei Ha-Torah, the Council of Torah Sages of Agudath Israel of America, very recently issued a public statement that Open Orthodoxy is not a legitimate form of Orthodox Judaism. The basis for this statement and what precipitated it have been demonstrated incountless ways, but the underlying ideology of Open Orthodoxy, as manifest in the “anti-RCA” protestations and rants (sorry — just being honest) by Open Orthodox leadership and laity, evinces an attitude toward Halacha that is one of personal agenda, control and demands, rather than submission.

This attitude betrays much of the outcry on the part of Open Orthodoxy toward the RCA resolution and other issues in the Orthodox world. Here are a few of the many recent expressions of Open Orthodox protest that exhibit this sentiment:

… For me, sacred continuity is about calling in all of the men and women who have been alienated from Torah and from the Divine because they have not found communities that reflect their values or that welcome them in their fullness and contradictions. For me, sacred continuity is about creating a space, through our recently founded Yeshivat Kol Isha, where women grappling with intimate details of halakha around sexuality and menstruation can do that with other women and find a place for their own voice and reality to be reflected in halakhic discourse… (Rabba Melanie Landau, Yeshivat Maharat ‘15)

There are teachings from our tradition that are evil (genocides, stoning children, abuse of women, oppression of homosexuals, Judeo-centric imperialism, etc.) We have a moral responsibility to name it and own it! The nuanced teachings were progressive in their time but our sacred responsibility is now to reinterpret them (as our sages have always done) to be moral lights in our time. Within Jewish law, the principles, not the rules, are eternal. We are a people faithful to both roots and progress. (Rabbi Shmuly Yanklowitz, YCT ’10)

Yes, people should be free to ordain women, to disregard the rulings of preeminent halachic authorities in favor of populist “Facebook/Twitter” and petition approaches to halachic decision-making, to define Judaism as they see fit, and to demand that Halacha conform to their subjective agendas and needs — so long as they please finally drop the word “Orthodox.”