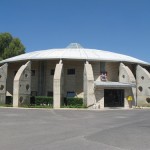 The United Nations moved its peacekeeping force out of the Syrian side of the Golan Heights to Israel, claiming that the troops were in danger from the ongoing Syrian civil war.

Peacekeepers from the United Nations Disengagement Observer Force (UNDOF), which has monitored the Syrian-Israeli border since 1974, were relocated from several positions including Camp Faouar, a base inside of Syria, to Israel.

“The situation in UNDOF on the Syrian side and the area of separation has deteriorated severely over the last several days,” a U.N. statement said, the Wall Street Journal reported. “Armed groups have made advances in the area of UNDOF positions, posing a direct threat to the safety and security of the U.N. Peacekeepers.

The move comes about a week after rebels from the al-Qaeda-affiliated al-Nusra Front released 45 Fijian peacekeepers, who had been held hostage for nearly two weeks following the capture of the region by rebels groups.