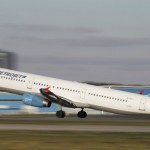 The British government has suspended all flights to and from Egypt’s Sinai Peninsula over concerns about airport safety as officials consider the possibility that an explosive device could have caused the downing ofa Russian passenger jet over the weekend.

The crash, which Russia has said was not the result of a terror attack, killed all 224 people on board.

Prime Minister David Cameron’s office said British aviation experts were traveling to the Sinai resort of Sharm el-Sheikh, where the flight originated from, to assess security before British flights there will be allowed to leave.

“We have become concerned that the plane may well have been brought down by an explosive device,” Cameron’s office said in a statement.

Experts began examining the black boxes on Tuesday, and say their investigation could last several weeks or even months. Read more.