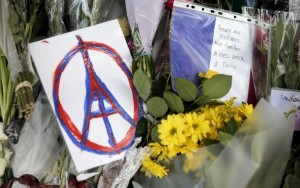 French officials said American authorities had vaguely warned them in September that French jihadists in Syria were plotting an attack, the New York Times reported on Sunday.

Though the U.S. and several European countries had obtained intelligence indicating plans for an attack, officials did not know when it would happen or what type of terrorism it would be.

“We had some indication something was happening, but we did not have enough information to take action to disrupt it,” said one of the officials. “We didn’t know when and where.”

The intelligence, vague but credible, was one of the reasons France launched a preemptive airstrike on Oct. 8 in the ISIS stronghold of Raqqa. France again launched airstrikes on the ISIS capital Sunday, striking 20 sites. Read more at the New York Times.